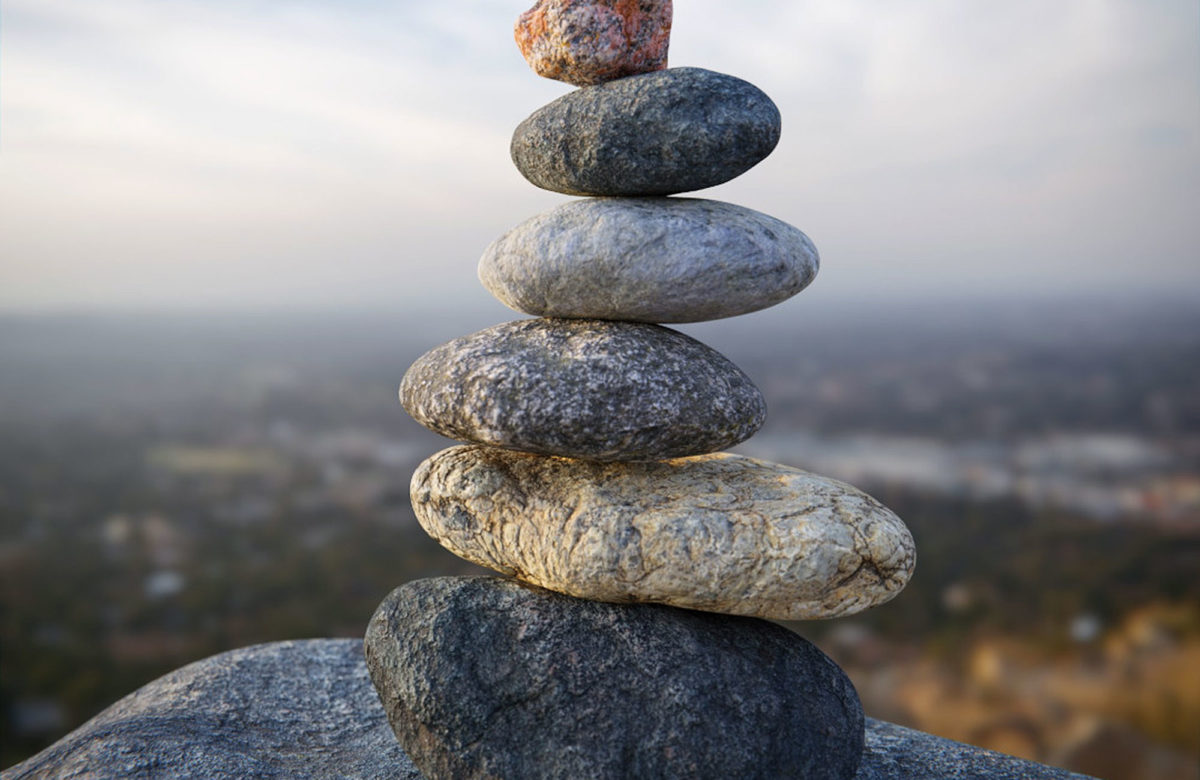 Have you noticed that some things are real marker moments in our lives? Birthdays, weddings, graduations … Here’s a fascinating Old Testament moment.

While Samuel was sacrificing the burnt offering, the Philistines drew near to engage Israel in battle. But that day the Lord thundered with loud thunder against the Philistines and threw them into such a panic that they were routed before the Israelites. The men of Israel rushed out of Mizpah and pursued the Philistines, slaughtering them along the way to a point below Beth Kar.

Then Samuel took a stone and set it up between Mizpah and Shen. He named it Ebenezer, saying, “Thus far the Lord has helped us.” (1 Sameul 7:7-12)

God’s people have arrived in the Promised Land after their journey through the wilderness, but it’s not been plain sailing. They continually end up in dispute, often violent dispute, with their neighbours, the Philistines. Most of us probably know something of the story of David and Goliath. Goliath was a Philistine. This incident in 1 Samuel happened long before the story of David.

God’s people felt they were doomed and desperate. The tide was turning against them. They were in trouble and they knew it. Samuel was their prophet and judge. He was as close to a leader as they had. He represented God to them, and represented them to God. So they turned to him for help. Samuel cries out in prayer, God hears, and God responds. They live to fight another day.

It’s a simple story really, but it’s what happens next that intrigues me. Samuel got a big rock, had a naming ceremony, and made a profound statement.

It Matters to Remember

We’re not as likely to be placing rocks to remind us of things. We do have statues recalling the deeds of famous people. One of the ones I like is outside Calgary’s Arts Commons, beside Olympic Plaza. It commemorates The Famous Five: Emily Murphy, Nellie McClung, Henrietta Muir Edwards, Louise McKinney, and Irene Parlby. 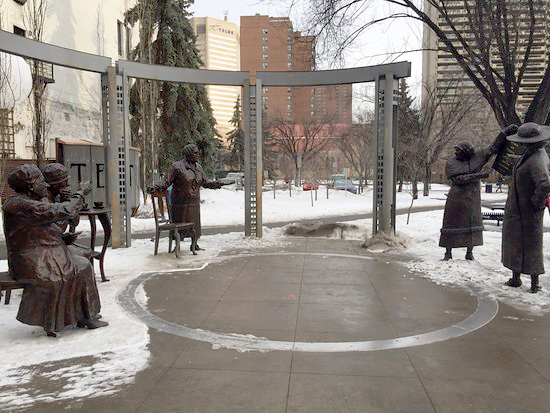 These 5 Albertan women were drawn together by the tides of history and a shared idealism. Each was a true leader in her own right: one a police magistrate, another a legal expert who founded the National Council for Women, and 3 who served as Members of the Legislative Assembly of Alberta. And they did all this before they were even fully defined as “persons” under Canadian law. And together they won the right for women to vote.

I love the way the sculptures invite pedestrians to stop and interact with them. There’s a chair to sit on if you wish, or you can just go up to them and have a chat. Getting up close you can see how artist Barbara Paterson has created realistic portraits that capture a sense of the personality of each of the figures. The statue reminds us of a significant development in our national history, one we should never forget.

On a more personal level we use photographs to help us remember. Many of you know that our kids all live in The Netherlands. They finished school and university there. They found true love there. We get to see them a couple of times per year. But I see them on my phone every day. It matters to me to remember. It matters to me to pray for them every day. And a simple photograph keeps them right in the forefront of my mind and heart.

That’s what’s going on here in the story of Samuel. God intervened to rescue His people that day and they wanted something to remind themselves of the moment. So they set up a big standing stone.

Samuel gave the big rock a name: Ebenezer. I immediately think of Ebenezer Scrooge! But this was long before Charles Dickens’ Christmas Carol. ‘Eben’ is the word for stone. ‘Ezer’ is the word for help. Quite literally it is the help stone. Not that the stone itself helped but it reminded them that God helped.

In fact, Samuel was careful to explain that to the people.

Then Samuel took a stone and set it up between Mizpah and Shen. He named it Ebenezer, saying, “Thus far the Lord has helped us.” (1 Samuel 7:12, NIV)

Some translations put it like this: Hitherto has the Lord helped us. Hitherto sounds like something my lawyer would say! Thus far, this far, we get that. God rescued us today. We’ve made it this far. By God’s grace we can keep going.

Do you have marker moments in your life like that? Things that help you remember? Your baptism? A miracle? Someone God brought into your life? A journal entry? What helps to remind you that this far God has helped you?

A Church for the City

Our big marker moment this past year at FAC was the launch of our new Southwest Campus with 655 people (including volunteers) in attendance. We started talking about this 2 years ago as a dream. Last year we had a plan and a pastor. Right now we have a 2nd campus, FAC Southwest! 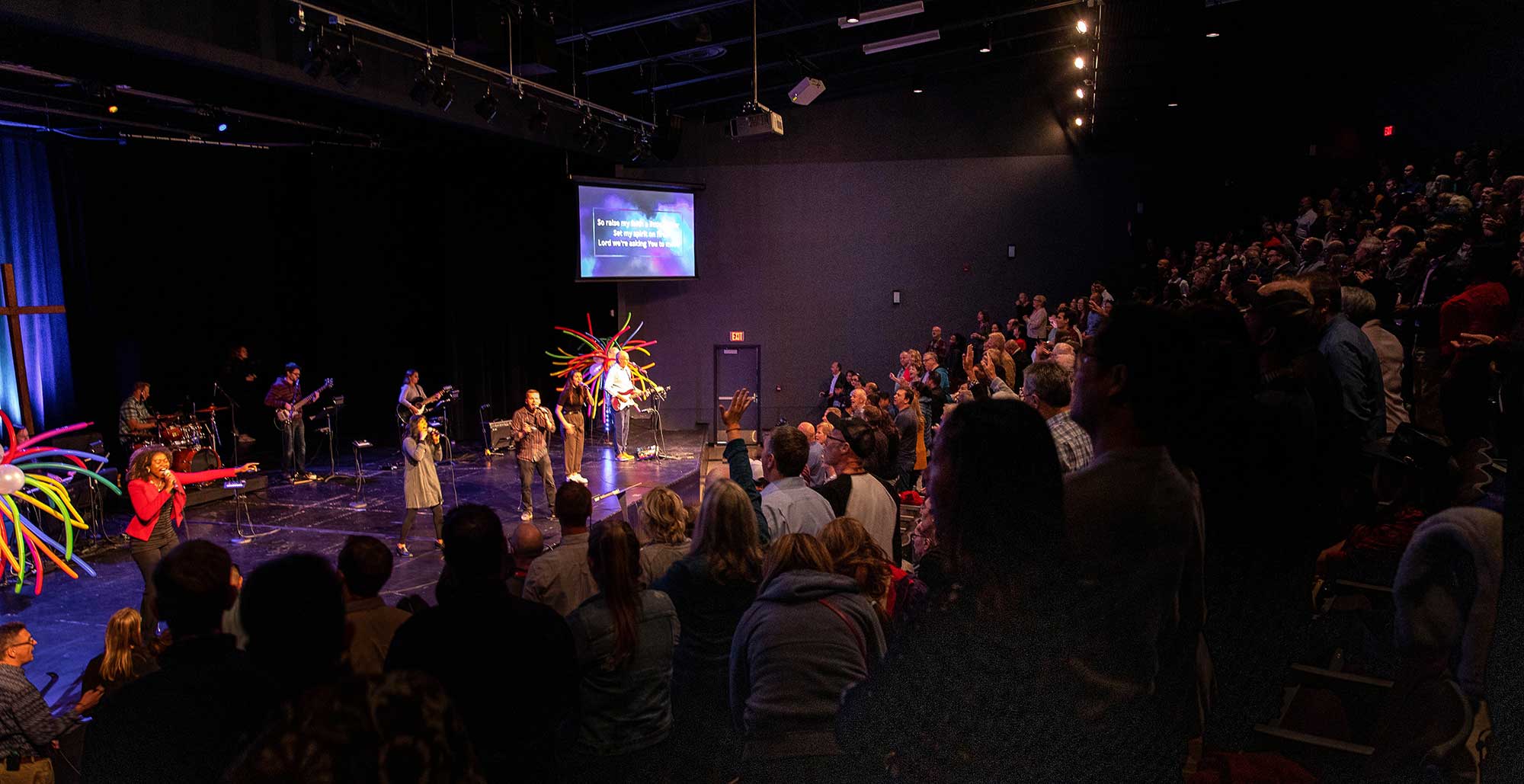 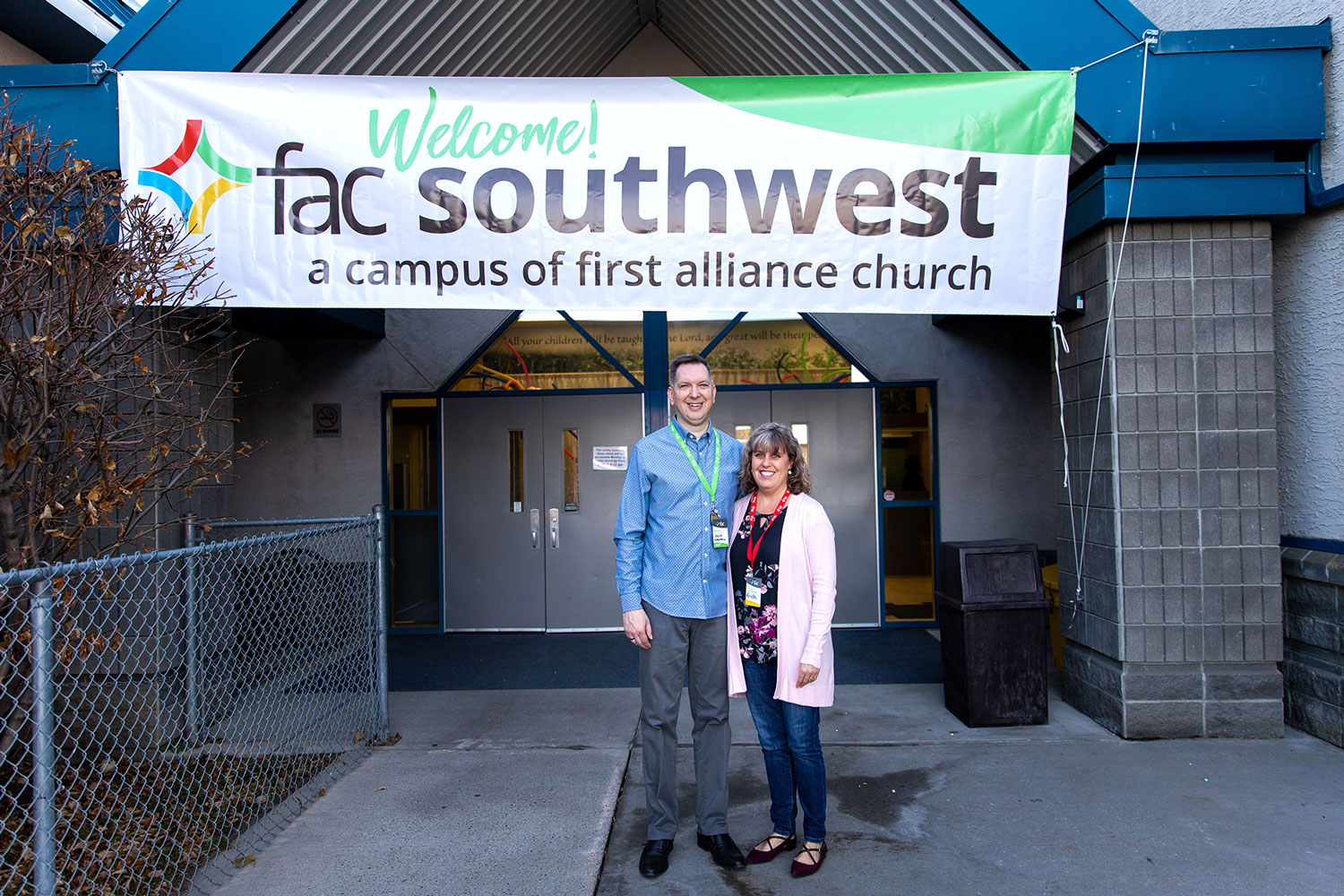 Back in 2016 Calgary was shrinking, with net migration flowing out of the city. Today it’s growing again. The lower SW quadrant is growing like a weed, yet has very few churches. New communities – Hudson, Yorkville, Belmont, Pine Creek – are flourishing. With the expected completion of the ring road in the next couple of years, the city is planning a whole new community called Providence, on the western edge.

The completion of the SW section of the ring road also opens up our target area north of Fish Creek, making the Southwest Campus the closest location to many people already living there.

Of course, Samuel’s story wasn’t over. The struggle with the Philistines wasn’t over. But if God had brought them this far, they knew He could take them further. What might that further look like for us? What are we working on right now?

Often I use the term ‘urban missionaries’ to describe our calling both as a church and for each one of us personally. It’s no accident that we’re right here, right now. God’s heart is for our city and He’s aligning our hearts with His heart. Do you feel it? It’s what prompts us to go and be disciple-makers. It’s what motivates us to invite people to come and see what God is doing in our lives and through our church. How can you reach over the fence? Who will you impact by being Jesus to them? Who will you share the story of Jesus with? Who can you invite? Jesus Himself has promised to be with you in this adventure!

Paul wrote to his friends saying:

I am confident of this, that the one who began a good work among you will bring it to completion by the day of Jesus Christ.

Do you share his confidence? I do. It’s why FAC continues to dream of reaching other parts of our city with the good news of Jesus. It’s why we continue to develop strong, capable young leaders. It’s why we pray, and give, and go. Will you join us?