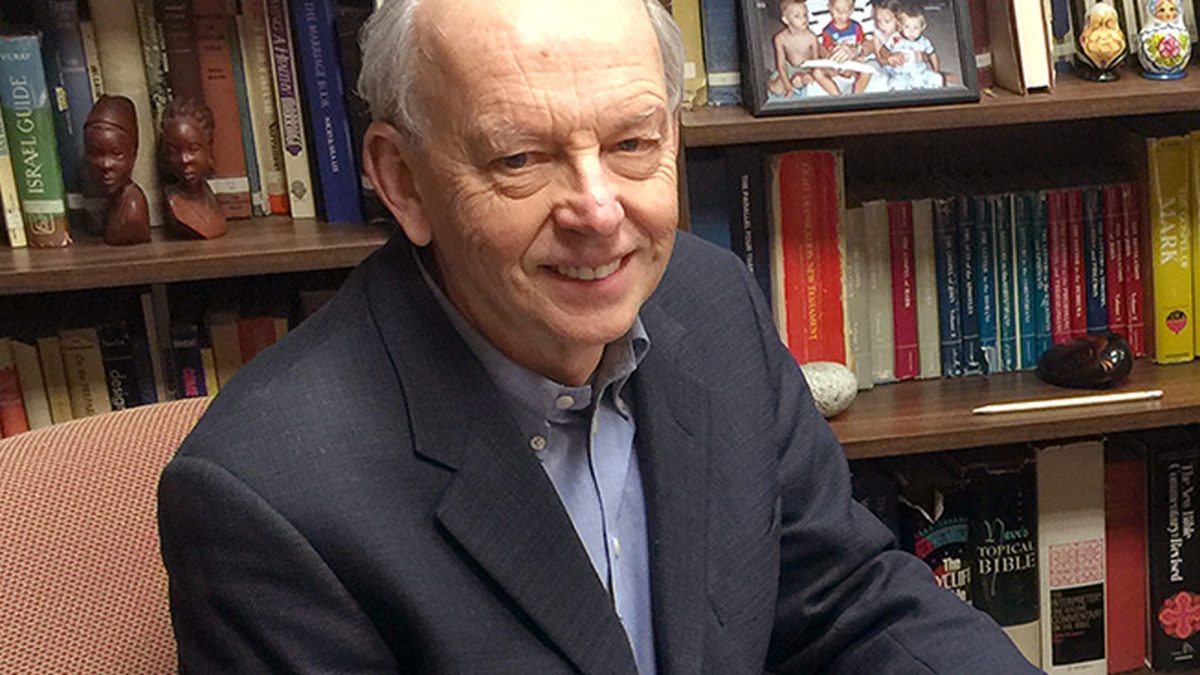 Give double honour to spiritual leaders who handle their duties well. (1 Timothy 5:17)

I first became aware of Ray Matheson when I was an 18-year-old freshman at Canadian Bible College/Canadian Theological Seminary (CBC/CTS) some 45 years ago. I can’t honestly think of the first time we met, but Ray was a friend of students, so I feel like I’ve always known him. At the time, he was the Dean of Men, developing many meaningful relationships with the young guys attending the school. I can think of a number of stories from students who would say that Ray’s support in their lives helped bring them into a solid faith relationship with Jesus. Ray is one of the most approachable people and that certainly was the case on campus. He has many spiritual gifts but the one that stands out most, wherever he goes, is his gift of evangelism. Ray loves to talk about Jesus and it doesn’t matter if you’re the Queen of England or a pauper – he has time for you and wants you to know Jesus. The guys at school so admired him in this area that they nicknamed him “One-a-Day Ray” – which was a compliment, though Ray in his humility wasn’t a fan.

Ray Matheson comes from good stock … Both Ray and his dad Lloyd were on staff at CBC and both of these men, through their loving kindness, built into my unchurched, “un-Alliance-connected” life as I entered into Bible school and later ministry. They saw strengths and potential in me that I certainly didn’t see or even believe were possible. To this day, I am grateful for how they encouraged and loved me.

It was absolutely a thrill to come to FAC many years later, in 1999, and be reunited with Pastor Ray and continue in ministry together. There are few people I admire as I do Ray.  He is wise beyond words, he is a man of prayer, and I have learned much watching him as he so gently travels through the crowds at a weekend gathering. He knows most people by name and herein lies perhaps another spiritual gift … I jest … But how does he remember all the names and circumstances that people have shared with him? I’ve sat with him in prayer for a troubled soul or a couple in a difficult marriage and marvelled at his ability to get to the heart of the matter, to speak truth into lives and extend God’s grace. When Ray meets with people, he doesn’t back down from truth and sharing God’s Word … He believes that God always knows better than we do. The recipient isn’t always happy facing the truth but Ray is always gracious and kind even in those situations. 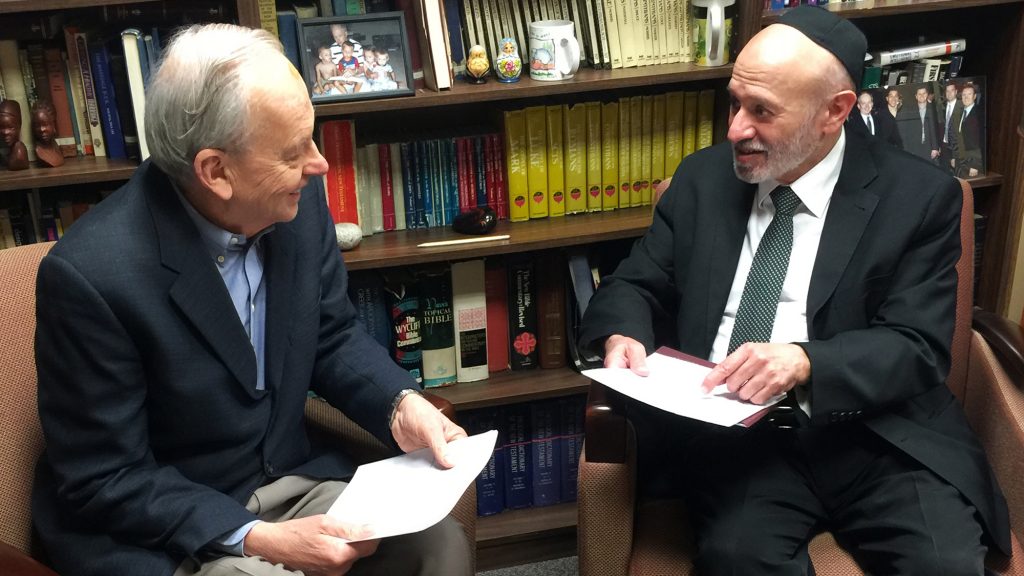 Twice at FAC, Pastor Ray has fulfilled the role of interim Lead Pastor as we have transitioned in our senior leadership, but his primary role at FAC officially has been that of Congregational Care for more than 30 years. Imagine caring for the many spiritual and practical needs of a congregation of 400 … Now imagine it with a congregation of 4000 … And Ray never stops at just those who call FAC home. He has been called to many a bedside of ones who have no affiliation with our congregation. His phone number is available to all, day and night.

I often think of Dee and their boys, Dan and Jonathan, who may be the unsung heroes in Ray’s life. How often has dinner or sleep been interrupted by a phone call from a needy parishioner. Many are the sacrifices made by the Matheson family for the sake of people and their Saviour. We must think of them when we think of and thank Ray for his great care and commitment to the people of FAC and Calgary.

As I have worked alongside him, watched him love people, and have myself been ministered to so often, I find myself wanting to imitate Ray. Like the Apostle Paul who says, “follow me as I follow Jesus” (1 Corinthians 11:1), Ray has given me a practical example of what it means to follow Jesus in life and in ministry. He is a pastor to pastors, and a pastor to all. 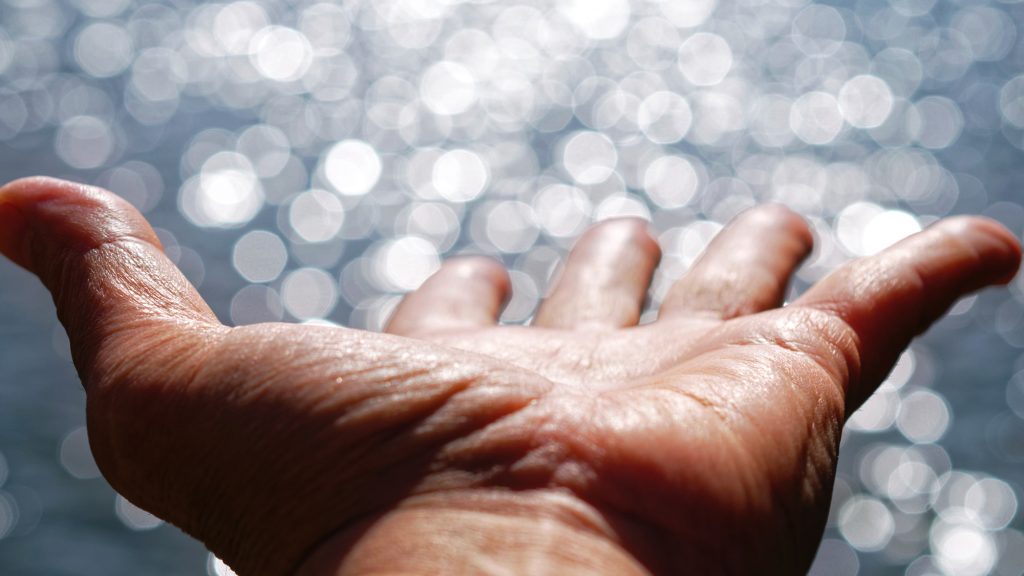 Henri Nouwen, author, theologian, and minister of the gospel, writes: “The task of the Christian leader is not to make a little contribution to the solution of the pains and tribulations of their time, but to identify and announce the ways in which Jesus is leading God’s people out of slavery, through the desert to a new land of freedom. Christian leaders have the arduous task of responding to personal struggles, family conflicts, national calamities, and international tension with an articulate faith in God’s real presence. They have to say no to every form of fatalism, defeatism, accidentalism, or incidentalism that makes people believe that statistics are telling us the truth. They have to say no to every form of despair in which human life is seen in a pure matter of good or bad luck. They have to say no to the sentimental attempts to make people develop a spirit of resignation or stoic indifference in the face of the unavoidability of pain, suffering, and death. In short, they have to say no to the secular world and proclaim in unambiguous terms that the incarnation of God’s Word, through whom all things came into being, has made even the smallest event of human history into Kairos, that is, an opportunity to be led deeper into the heart of Christ.”

Ray Matheson has poured out his entire life doing just that …

Ray’s coming to FAC in 1988 was a matter of prayer throughout a number of years as Pastor Wendell Grout, FAC’s Senior Lead Pastor from 1975-1995, wooed him from Regina, Saskatchewan to Calgary, Alberta. We are a rich congregation because of his choice in following God. He has served the people of FAC and his Lord so faithfully. I am certain that there are surely hundreds and probably thousands of people who Ray has touched and ministered to in the name of Jesus. I’m convinced that the streets of heaven will be filled with those who came to know Jesus their Saviour because Ray Matheson shared the love of God with them.

It is our privilege to honour Ray and Dee with our words of thanks, encouragement, and blessing, as well as a monetary gift – an offering representative of our love and appreciation – to be presented to them this coming fall. You’re invited to be part of this! Here’s how:

In accordance with Pastor Ray’s wishes, we won’t gather specifically to honour his ministry, but we’ll be sure to compile everything sent in by September 30 and make sure we pass it along.

Heather Wile leads the Environments team at FAC, and loves being part of crafting settings and opportunities that allow us to encounter God, whether on-campus or online.