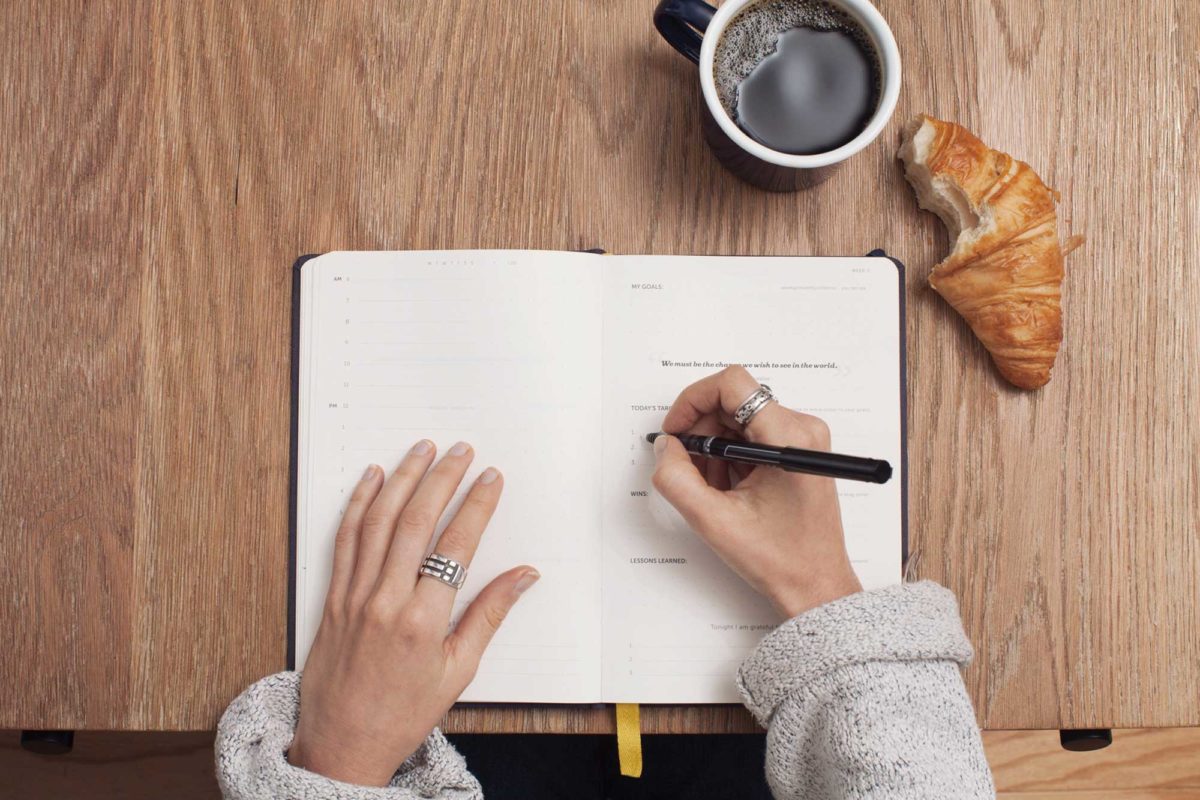 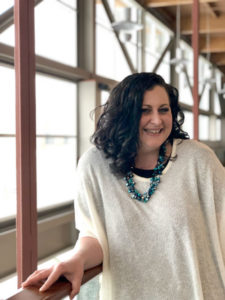 Our family enjoyed watching The Lord of the Rings series this Christmas season and settled down to watch the last movie on New Year’s Eve. The final day of the year wound down as we watched the final struggle unfold for character’s we’d come to love. They had walked a long, hard path on their journey to destroy the ring, and we cheered them towards its end. But the struggle to get there was long. Like, really, really long! Samwise and Frodo’s final, arduous ascent to destroy the ring seemed to take forever. There were so many times they almost gave up because they were tired, in pain, distracted, deceived. There were moments we shouted at the TV, “Just RUN already! You’re almost there, don’t stop now, you can rest when you’re done—the end is just a short distance away—run! Don’t be distracted from your goal, don’t forget why you’re here, Frodo! Destroy the ring!”

They had sacrificed greatly to achieve their mission, they’d persevered through hardship and opposition with their eyes fixed on the end goal, and we wanted to see them end well. Yet, while caught up in the suspense and emotion of an intense battle scene, one of my sons exclaimed, “Sometimes I wish stories would have the bad guys win so that there’d be a little bit more suspense—so that we didn’t always know how it would end.” He didn’t really want the bad guys to win, but knowing they wouldn’t stole some excitement and suspense.

The next morning, I woke up, not just to a new day or a new year, but to a new decade. I remembered what my son had said about the movie the night before, and thought, well son, you might wish that for a movie, but you don’t wish that for you. That’s not what you want for your life. I know I don’t. I don’t want to start a year, or even a day, worried it will end in defeat. Most of us don’t, that’s why we look ahead and plan for the opposite outcome. We set goals and make resolutions for how we’ll grab hold of the time we’re given in order to spend it wisely.

But whatever gain I had, I counted as loss for the sake of Christ. Indeed, I count everything as loss because of the surpassing worth of knowing Christ Jesus my Lord. For His sake I have suffered the loss of all things and count them as rubbish, in order that I may gain Christ and be found in him . . . that I may know Him and the power of His resurrection, and may share His sufferings, becoming like Him in His death, that by any means possible I may attain the resurrection from the dead. Not that I have already obtained this or am already perfect, but I press on to make it my own, because Christ Jesus has made me his own. Brothers and sisters, I do not consider that I have made it my own. But one thing I do: forgetting what lies behind and straining forward to what lies ahead, I press on toward the goal for the prize of the upward call of God in Christ Jesus. (Philippians 3:7-14)

Pressing On Towards the Goal 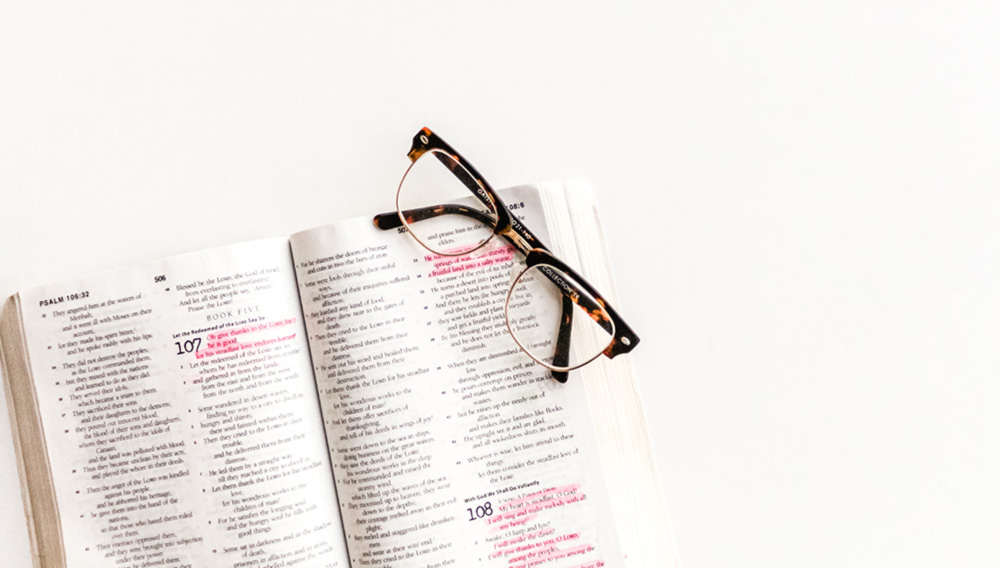 Paul wrote about pursuing a prize, straining towards a goal. He believed there existed something of such great value that he was willing to count everything else as rubbish and strive to obtain the one thing he was fixed on—a prize of such worth that even things he might otherwise have counted as gain in his life, he now saw as loss because compared to the one thing he valued above all else, they had no value. What did Paul pursue? Knowing Christ. Having more of Him at any cost. Being found in Him. Sharing in His sufferings in order to share in His resurrection.

What if we made our pursuit to know Christ? What if we resolved to forget anything behind us that could stand in our way—things that trip us up, distract us, or tempt us off course? What if we left those things behind—even if they were the things we previously counted as gain—and we pressed on to the upward call of knowing Christ Jesus?  What if this was the year we resolved to fix our eyes on the One who writes THE story and let Him write our story? 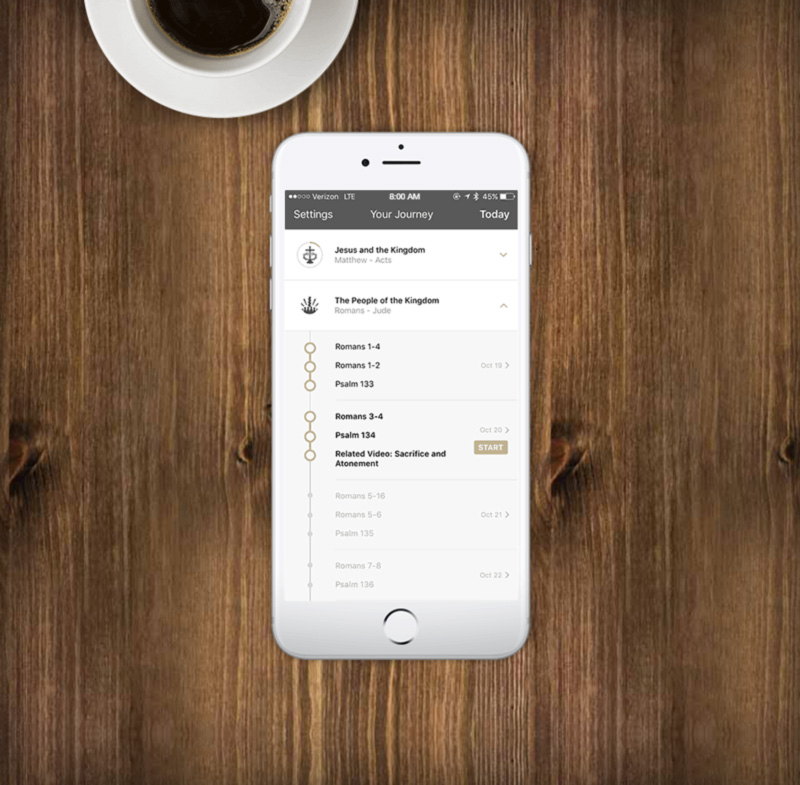 I’m resolving to read through God’s story over the course of this coming year and I’d love for you to join me! I want to know Christ and there’s no better way to do that than by reading the book He’s given us – the Bible. This isn’t a pass/fail test; it’s resolving to press on while knowing I’m not yet perfect. I’ll be using the Read Scripture app which provides a daily Bible reading (it begins your reading year when you start, so you don’t have to start January 1st) along with videos scattered throughout the weeks explaining the part of the Bible you’re reading. If you’d rather follow along on a website, you can access the reading plan and videos at thebibleproject.com.

There’s something about reading through the Bible in a year, about starting the year with in the beginning, following the story—the struggle, the highs and the lows—through the course of a year, and ending the year with a celebration of ultimate victory. Looking forward, the readings are 365 days apart. Long days of struggle. Sometimes hard days that can tempt us to despair, to wonder if victory really is sure. Days we need to cheer each other on, don’t give up, don’t forget why you’re running, keep your eye on the prize.

Looking forward the days can seem long. But looking back, they’re only one day apart. That gives us a different perspective, doesn’t it? That makes it easier for us to see how the struggle, in hindsight, was light and momentary. And worth it.

There’s a lot competing for my energy and time. There’s a lot I could pursue. There are many things held up as the “ultimate” prize. I don’t want to look back and with the benefit of hindsight realize I was driven by lesser things and ran for the wrong prize. I want to say with Paul that everything I set behind me is loss compared to the greater value of knowing Christ and being found in Him. Because I know how the story will end. I know Who wins. I know the struggle will be worth it.

I don’t know what your 2020 holds any more than I know what mine does. I know it will pass one day at a time. I’m pretty sure there will be a mix of defeat and victory, sorrow and joy, struggle and peace. I know that if you allow God to be the author of your story, just as He is the author of THE story, you can go into this year confident in how things will end, because God began the story by making all things good and He will end the story with a wedding feast. The King and His bride, the church, will live happily ever after. Yes, in between there is struggle. There will be a long and difficult journey with suffering, pain, and loss. Defeat will punctuate some scenes. There will be chapters where the ‘bad guy’ wins—even places it seems he’ll win the whole story—but he won’t. God has already written the ending and it is sure. He is the prize worth running for. Let’s run!