Can We Ask You This? 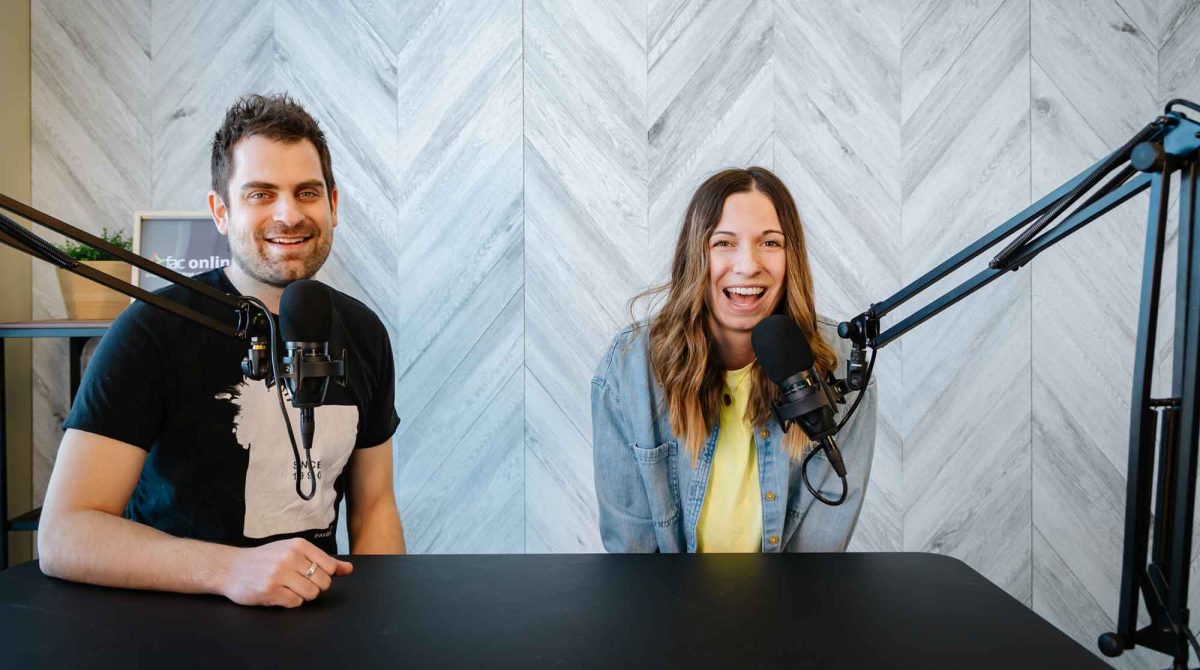 It was the summer of 2020. I was a few months into both maternity leave and COVID isolation. As if motherhood wasn’t already isolating, here I found myself, with a newborn in one arm, a 2-and-a-half-year-old in the other, and not being allowed to go anywhere or do anything.

Sure, my husband worked from home, but he was working. He would come upstairs for lunch and coffee breaks, but it was never really a great chance to engage in conversation. When I tried, I’m pretty sure I overwhelmed him because I talked so fast and tried to squeeze in every thought I’d had for the entire day into the 3 minutes he was upstairs (haha!).

Eventually, he’d go back downstairs, and I’d be left with our two adorable babies, who, while cute, were just not much for conversation. As an extrovert, I became increasingly frustrated with our situation.

I knew something needed to change because I constantly felt like I was pouring from an empty cup. I needed to do something that engaged my mind and challenged my thoughts. I began to listen to podcasts during my morning workout, and I was amazed to see how it changed my perspective throughout the day.

Don’t get me wrong – it’s not as though I had never listened to a podcast before, but with the death of George Floyd in May of 2020, and then the discovery of the 215+ Indigenous children in Canada in 2021, I felt a responsibility to listen to more than just Bachelor recaps and Real Housewives drama. 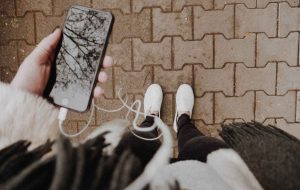 I began to listen to podcasts that were a little more difficult to listen to. I often felt uncomfortable listening because I felt like the thoughts I subconsciously had about different groups were being challenged. I hadn’t realized how even something as simple as my language or assumptions could be hurtful or damaging to different cultures.

I started to lean into the discomfort and started asking myself some hard questions, questions like: “Why am I uncomfortable?” “Why did I believe that?” “Why do I always feel the need to speak before I listen?” “Why am I so quick to be defensive?””

As I listened, I started to realize that it was the nature of the way that these podcasts brought about these perspectives that were so impactful to me. I liked that no one was forcing their opinions on me.

I could choose to accept responsibility for my part in the problems, or, ignore them and continue living the way I had before. For someone like me, who hates being told when I’m wrong, (okay, but does anyone actually like that?) podcasts were a great way for me to learn because they were unintrusive, approachable, yet powerful.

It wasn’t long after this, I felt the Holy Spirit invite me to reach out to a friend of mine on Instagram. This friend was someone who had attended our youth group growing up, but who had left the church due to their sexual orientation and the way they’d been treated because of it.

It broke my heart that someone would leave the church because they didn’t feel welcome.

I honestly hadn’t thought much about it until the Holy Spirit brought it up to me. I reached out to this friend, and he began to share honestly with me about things that had been said to him, common “Christian” ideologies and phrases that were deeply problematic for him, and his overall experience in the church.

It definitely wasn’t the picture of church I had in my mind … being a very average middle-class white woman in a hetero-normative relationship, my experience was very different from his. As I read his messages, I couldn’t help but realize that it was through his sharing his story that my perspective began to shift.

I began to realize that I had been subscribing to some problematic thinking, where I had placed “rule following” on a higher pedestal than “loving God and loving others.”

I don’t think I would have said that out loud, but as I looked at my actions, it became clear that I had been thoughtless in my approach to certain groups of people, and stuck with the comfortable, “this is right, that is wrong” mentality.

By doing this, I was a part of the problem and painted a very black-and-white picture of Christianity.

The thing I’ve been learning as I stop to listen to people’s stories is that Jesus rarely hung out in the black-and-white spaces of life, but rather, He embraced the messy grey areas. He was born to an unwed mother in a filthy barn. He ate dinner with tax collectors and washed the feet of the betrayers and deniers.

While He never compromised His Word, He always led with love.

In Luke 19, we read the story of Zacchaeus. When Jesus came to Jericho, Zacchaeus wanted to see Him. The problem was, Zacchaeus was short and not well-liked because he was a wealthy tax collector. That didn’t stop him though – he climbed a tree, and Jesus saw him and said, “Zacchaeus, come down immediately. I must stay at your house today.” (Luke 19:5b).

Something I love about this story is that Zacchaeus earnestly wanted to see Jesus, and didn’t let the crowd get in the way. Because of that, Jesus noticed him right away and that made an eternal difference in Zacchaeus’ life.

The thing is, not everyone is going to climb a tree to see Jesus. Sometimes I think we are like the crowd preventing people from seeing Jesus – well-intentioned, but blind to the people who’ve been left out. The challenge is to be a crowd that makes way for people who want to find Jesus, to be able to see Him. By listening and seeing people for who they are – dearly loved children of God, we help make a path for people to see Jesus.

As I listened to my friend, I began to wonder about other groups of people who had maybe been blocked from seeing Jesus because of the crowd: single mothers, people with addictions, people who struggle with gender identity and pronouns, people experiencing homelessness, and people with mental or physical differences.

I started to seek out people from different walks of life, and intentionally ask them about their stories. As I listened, my mind was changed and my heart was softened on a lot of topics.

And now the moment you’ve been waiting for…the idea for the podcast was born. When I heard people’s stories, I began to wish that other people could hear these stories and embrace the humanity behind these different people that represented different groups. A podcast seemed like a natural fit for a way to get these stories out there in a long-form medium that people would listen to. 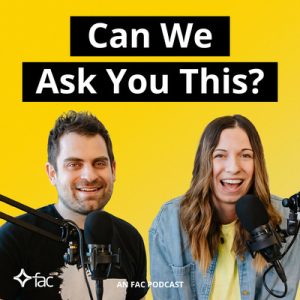 On November 13, we launched the, “Can We Ask You This?” podcast, and have already interviewed 5 incredible people from all different backgrounds and experiences.

I’m confident that once you’ve heard a story about what it’s like to really struggle with gender identity, addictions, abuse, or single motherhood, judging someone will become a lot more difficult.

This podcast is all about listening before we speak and learning to lead with love. Because that’s what Jesus did.

Maybe it’ll be a little uncomfortable at first – that’s okay. Lean into it. Ask yourself why you feel uncomfortable.

Maybe you’ll find yourself getting defensive – that’s okay. Ask yourself why you feel defensive.

Maybe you’ll have to unlearn a few things so that you can re-learn some new things. That’s okay.

Our hope and desire are that you would see this podcast as a way to get a glimpse into other peoples’ stories, find ways that you can relate to or empathize, and then lead with love in every conversation you have.

So, can we ask you this?

Written by Rosalind Coben, our Online Campus Associate Pastor. We love sharing stories here at FAC. If you would like to share your story on a podcast episode or find out more, send us an email.