Am I a Failure? 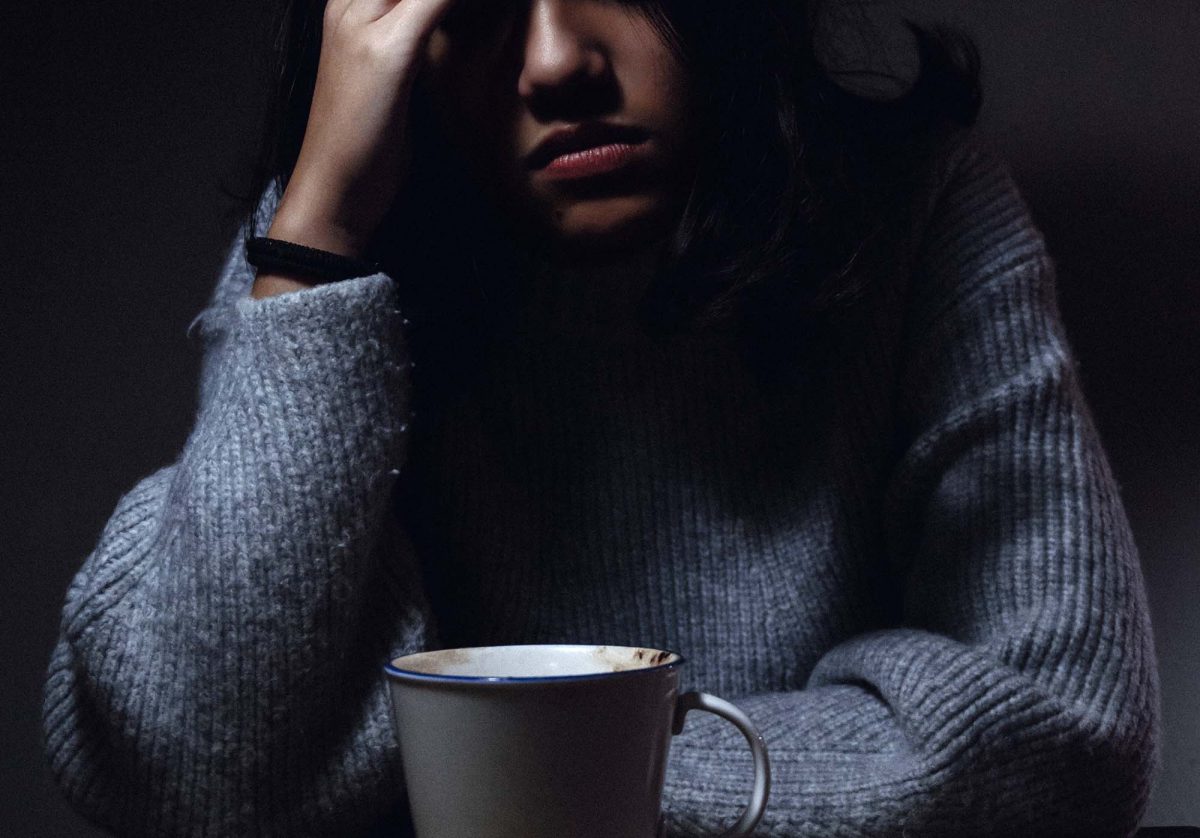 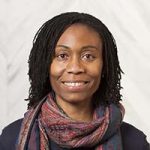 It’s never easy to talk about failure. It’s unpleasant and often generates fear. Studies have associated the fear of failure with negative outcomes and interpersonal problems, including avoidance, arrogance, and aggression (Sagar et al., 2011). Yet, even though it’s feared and avoided, failure continues to be a trending topic because of its broad scope and relevance.

Failure is a lack of success or the absence of a successful outcome. When I moved to England, I had to take a driving test to convert my license, and it didn’t seem like a big deal. In my attempt to impress the examiner, I drove below the speed limit for most of the test. When the examiner handed me my result, it said in big letters, ‘FAIL.’ Honestly, it hit me like an unexpected slap. I didn’t know that I’d be penalized for ‘failing to progress.’ Ironically, the action I took to help myself ended up working against me.

Life sometimes presents us with unsuccessful outcomes. However, not all failures weigh the same. There are minor, memorable, and major failures. The first two are necessary and avoidable, while the third is final and catastrophic – but they all have remedies. The book of Hebrews pays great attention to the essence and root cause of human failure and presents God’s solution for it. It shows us that without God, failure is unavoidable, but for God – failure is not an option.

Failure has dimensions. I’ve heard people (myself included) make statements like, “I’m failing,” “I’m a failure,” “I was failed,” and so on. It’s easy to misunderstand the concept of failure. We naturally try hard to avoid it or shield those we love from it – because it hurts! Unpleasant situations and losses that we can’t control can leave us feeling broken and hopeless. Our understanding of failure, including its root and redemption, will go a long way in shaping our outcomes. While thinking about failure, I came up with a ‘parse, purge and pass’ strategy.

Our lives are full of trial and error from infancy – it’s how we learn! Failure is all around us because we’re imperfect beings who live in an imperfect world. The parsing process determines what type of failure we’re dealing with or headed toward. Is it minor, memorable, or major?

Minor failure is the type we can recover and learn from whether we’re at fault or not. While training a group of young athletes, Rick Macci, a famous tennis coach, said to them, “I want you to fail.” An observer who heard him commented, “what a horrible thing to say to kids.” It’s easy to make such an assumption without analyzing the type of failure in question. Rick was talking about minor failures that can encourage growth. Minor failures shouldn’t be feared but used as steppingstones in developing resilience. For further reading on that topic, I recommend the book “A Resilient Life” by Gordon MacDonald.

Memorable failure is more concerning and best avoided because of the long-term damage it can cause. It results from poor choices, which cause irreversible scarring. For example, the decision to turn to substances like alcohol in difficult times is a form of misuse which could lead to long-term physical, social and emotional damage.

‘Short-termism,’ the “concentration on short-term projects or objectives for immediate profit at the expense of long-term security” (Dictionary of Oxford words), often contributes to memorable failure. The Bible has many examples of memorable failures like Abraham and Sarah, who exploited Hagar (Genesis 16), or King David who committed adultery and murder (2 Samuel 11). Although it’s best avoided, God can redeem us and help us recover from memorable failure, as he did for Abraham and David.

After a loss, an athlete expressed to me how he felt like a failure because he’d let down his team. I asked him what type of failure it had been, minor or major? “Definitely major!” he exclaimed. This is a common mistake. We can easily “major on the minor” when failing while overlooking the major. Life is not about comparison, competition, or condemnation; it doesn’t look the same for everyone. While some people run a sprint, some will run a marathon, but everyone is headed for a finish line.

There is only one type of major failure, and it’s decided at the finish line.

It’s the failure to meet God.

Major failure is the most critical kind, and it’s also easy to ignore until it is too late. God lovingly created us, our souls belong and will return to Him, but we have to choose Him. By the way, failure happens to objects, events, and systems, but not to us as image-bearers of God. You may have experienced failure, your body might even fail you, but that does not make you a failure. We shouldn’t refer to ourselves as failures because we are God’s workmanship, and He does not fail. God’s faithfulness is more powerful than our failures.

Have you noticed that the most popular stories and events in mainstream media today are often great for short-term entertainment but profit nothing long term? We can easily fixate on details that lead nowhere, emphasizing short-term successes and failures while ignoring the big picture. In the race of life, everyone is headed toward God – He’s the finish line. But only those who know Him and are known by Him will meet Him. Jesus said:

“What good is it for someone to gain the whole world, yet forfeit their soul?” (Mark 8:36).

It’s not enough to identify a failure. If God wanted us just to see, He would’ve made us creatures covered with eyes with no hands or feet! We have a God-given ability to move forward towards hope and away from the past. The purging process is where we eradicate past failures and receive a clean slate to begin again. After King David’s affair, he wrote:

It’s God who creates and cleanses; we may try to move forward in our own strength, but we need God to succeed.

The Bible tells us the story of God and humanity and how His love and commitment to us gave rise to His redemptive plan for us. The book of Hebrews is unique in New Testament because of its emphasis on the power of Jesus’ humanity and mission. In Jesus, God entered humanity’s failure to cleanse and redeem us; He became our mediator and high priest (Hebrews 3:1). Jesus gave us a new slate by replacing the law of sin and death with “the law of the Spirit” and the curse of death with the gift of life (Romans 8:2). It’s up to us to believe, surrender and receive God’s cleansing, and we could start with a prayer like that of David in Psalm 51:1-12.

To pass failure is to rise above defeat and accept the love and forgiveness of God. It’s the turning away from sin to the provision of salvation in Jesus. I’ve always appreciated a good comeback story, like  Bethany Hamilton. At 13, she lost her arm in a shark attack while surfing. Bethany overcame many obstacles to return to competitive surfing; she chose to take the gift of life she had been given. Some tragedies are more challenging to come back from. But even in the most painful and complicated circumstances, God still offers a way out; we only need to take it.

The option of failure is very real, and life is full of opportunities to sink or swim, but God offers us the Way out. Jesus is “the Way” (John 14:6); in Him, our hope is firm, secure, and steadfast (Hebrews 6:19). He alone makes a way for us to draw near to God (Hebrews 7:19). God’s intention has always been to be near us and for us to enjoy his endless goodness, but sin corrupted us and set us up to fail. Jesus came to rescue us from sin and darkness and reconcile us with God (See Colossians 1:13-14). He came to offer us the better Way.

In Hebrews, the author makes a series of comparative statements to illustrate how the old law system in the Old Testament relied on human effort and failed to draw us near to God. However, God’s redemption and a new “better covenant” were given through Jesus Christ (Hebrews 7:22). God gave the law for a reason, to differentiate between right and wrong; and between clean and unclean. Because Jesus is holy, blameless, and without sin (Hebrews 7:25-26), He saves us not so we stay in our sin but to receive His righteousness and to move forward. In Jesus, we don’t just follow rules, but our hearts are transformed by the love of God, and we’re rescued from sin and the death it brings. Hebrews tells us that human priests are limited by human weakness, but Christ is our perfect High Priest, and He is limitless (Hebrews 7:28).

In summary, God knows we have weaknesses. God knows we get distracted and wander. Without His help, we’re doomed to fail – but he hasn’t left us helpless. Christ became our high priest and our advocate; through Him, we have access to God’s unlimited goodness through His love. We have this hope in Jesus, that “Love never fails,” and “God is love” (1 Corinthians 13:8 and 1 John 4:8).

On a Practical Note

So, now what? How do we move through and past our failures?

Be encouraged. You may have failed, but you’re not a failure. God’s limitless love means that he came for us, ransomed us, and rescued us. Learn from minor failure; avoid and overcome memorable failure, and be saved from major failure by taking God’s Way. Follow the only One who never fails – Jesus Christ.