The Problem of “Questionable Behaviour” 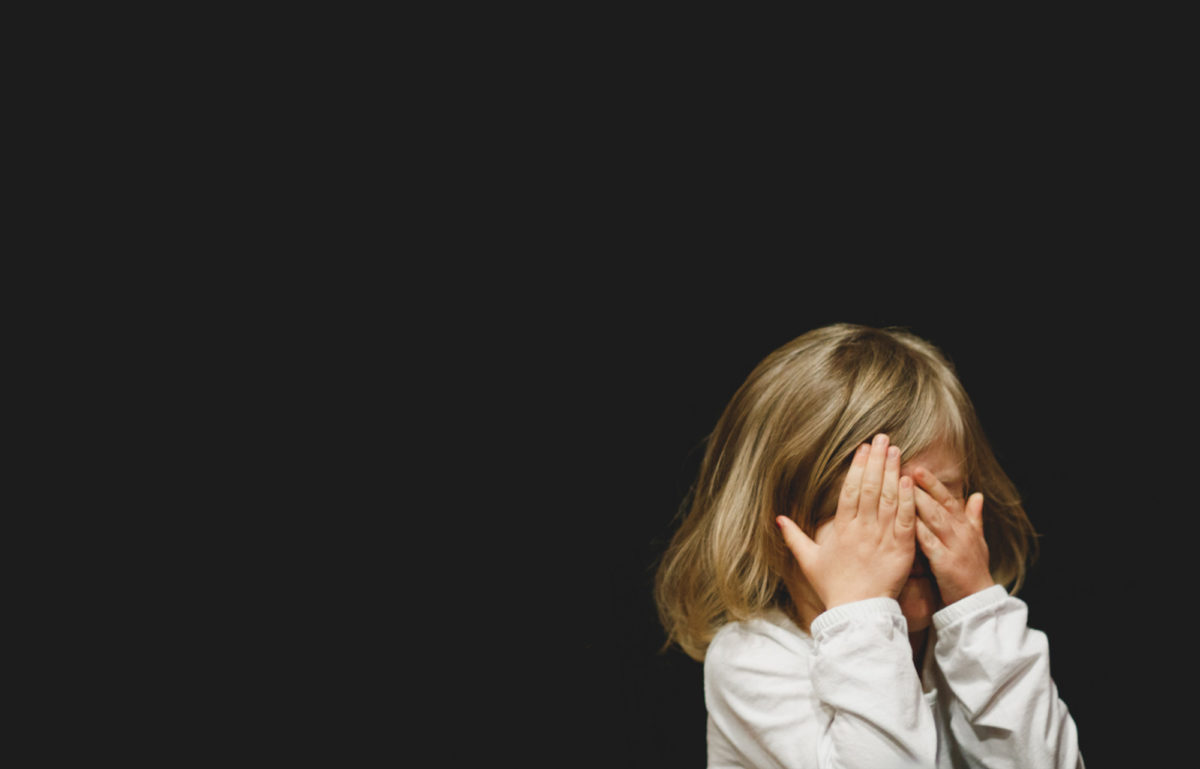 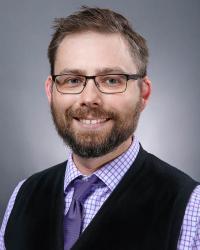 In the last year or two I’ve started to notice people using certain words in unexpected ways. I’ll read a story about somebody harassing a co-worker, and the author will call the behaviour “questionable.” Or I’ll be listening to a podcast and somebody’s sexist or racist comments will be referred to as “problematic.” It took me a little while to figure this trend out, but eventually I caught on to the fact that what these people were trying to talk about was bad behaviour, but there was an allergy to the word “bad” (or similar words, like “wrong” or “evil” or “wicked”).

It isn’t very difficult to see why somebody might be allergic to morally loaded words. Contemporary Western culture is in the midst of fairly significant changes related to religion and worldview, and there is a lot of confusion about how to talk about morality without causing hurt and shame. To a degree this instinct to avoid negative labels is actually very good. It isn’t helpful to offer condemning and hurtful words when somebody has done or said something we feel is wrong. Shame can be a powerful motivator, but it isn’t a very healthy one, and it doesn’t tend to lead to long-term positive changes in behaviour. Truthfully, saying hurtful and shaming things to somebody mostly just deepens existing pain, which then spirals into more “problematic” behaviour.

There is, however, another side to this. Sometimes when we call things “questionable” or “problematic,” we are really just failing to say what we mean. There is behaviour that is wrong. In fact, there is even such a thing as evil behaviour. Vocabulary related to evil and wickedness is actually quite helpful, if for no other reason than it allows us to call a spade a spade. When one person is violent with another person, simply calling that behaviour “problematic” implies that there is a certain lack of responsibility. While it can be helpful to think of inter-personal violence as a problem – because then we immediately start thinking about practical solutions – it also skews our perception of reality a little. It makes it hard to talk about the difference between somebody who has bad interpersonal skills and somebody who hits people they don’t like. One of those things is problematic, and one of them is a good deal more than problematic.

Also, even though some of us prefer to call wicked behaviour “questionable” or “problematic,” in truth we actually mean something else. We soften our language to avoid cruelty, and end up being dishonest instead, which isn’t much of an improvement. But this creates a tough spot for those of us who want to be able to refer to and talk about evil in the world, but who are also concerned about creating spirals of shame and negative self-talk.

This is going to sound a little crazy, but I actually think that the Christian idea of “sin” is really helpful here. What I mean is not simply the notion of a sin (i.e., a bad act), but of sin itself. Pastor James recently called this “big-S Sin” (watch the “Sin Sick” February 9/10 weekend service here.) This is the notion that all people, and in fact all of reality, has been corrupted to some degree. This is sometimes referred to using the technical theological term “total depravity.” Total depravity is one of those ideas that gets a bad rap, partly because it isn’t very well understood. Most people, when they hear “total depravity,” think something along the lines of “completely and utterly evil,” which isn’t quite right. The idea of total depravity is that evil is pervasive, not that evil is complete. Everything has been touched by evil, but everything isn’t necessarily evil all the way down to its core. To believe in this idea is to accept that all of reality is impacted by wickedness in a serious and important way.

There is probably no single Christian idea that is so immediately off-putting as this one. Nobody wants to think that they are evil, or that everybody and everything around them is tainted somehow. But think for a moment about how helpful this idea actually is. Pretending that sexual harassment is simply “problematic” reduces and cheapens that behaviour, putting it on par with having questionable taste in music or food. It also helps us to deceive ourselves into thinking that the bad things of the world are “out there” somewhere, usually in structures or institutions, and not in people (as though institutions weren’t made up of people). We don’t want to be implicated in the evil of the world. That’s stuff that “other people” do, not stuff that we do, or that we’re responsible for.

In reality we are all participating in systems of thought and action that are wrong, and that do incredible harm to people and the world. Evil goes deeper than just individual choices. We’re all bound up in complicated and confusing ways with personal and societal evil. We are all victims, and we are all perpetrators. Nobody is immune. To borrow Paul’s language, there is nobody who is righteous, not even one (Romans 3:10-12). Or, to use the words of 1 John:

Talk about evil that creates ongoing patterns of shame and self-hatred is neither accurate nor helpful. However, talk about evil that reduces wickedness to mild errors in personal judgment is no improvement. The former makes us feel trapped, and the latter gives the impression that we aren’t actually implicated in the bad things that happen in the world. Neither is true. Truthfully, we are all corrupted by evil, and we all bear the image of God. Truthfully, there is nobody who is truly good, and we are all God’s beloved children. Truthfully, we are all participants in evil systems and structures, and we are all caught up in evil systems and structures. Truthfully, the reason that God revealed Himself in Jesus Christ was to repair this exact problem. In the book of Romans Paul says that Jesus’ death and resurrection dismantles and destroys big-S Sin, and provides freedom for individuals from the systems of sin that cripple us.

So, you see, as distasteful as the word “sin” might be, we actually kind of need it. Now, let’s not deceive ourselves. The word is distasteful to people for good reasons. Christians have abused and misunderstood the idea of sin for a long time. We’ve used this word to cause shame and self-hatred. We’ve used this word to make people feel dirty and impure. We’ve given people the impression that God is a big, mean bully out to get them for their dirty, dirty sins. None of that is better than reducing evil to “questionable” behaviour. 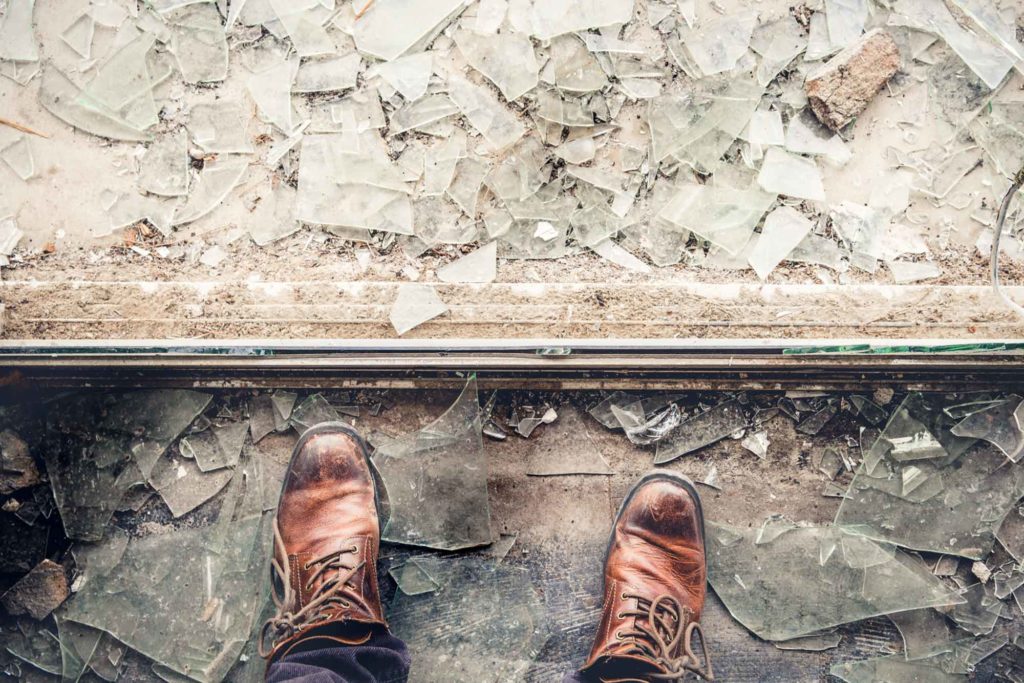 This is a problem that is bigger than a blog post, but let me offer a couple of thoughts that might take us in the direction of something better than this situation. First, let’s try to be honest enough to admit that evil is a real thing, and that we are all involved in evil (both as individuals, and as a society). Second, let’s also accept that shame isn’t a particularly helpful solution to this situation, but neither is minimizing the reality of sin and making it into “questionable” or “problematic” behaviour.

Paul’s big argument in the book of Romans is that the world, and every person in the world, is sick with Sin, and that God has done something about this problem. God has given Godself, by coming to Earth as a human being, Jesus Christ, and by dying for creation in order to free the world from sin. This means that we can honestly confront the sin in our lives, and that we can do so without fear and without shame. It means I can see and accept the things that I do, that I know are wrong, but it also means that God has done something about those things. The combination of those two things – acknowledging evil and sin, and being freed from the burden of evil and sin – gives us the freedom to live out the love of God, even in the midst of a broken and hurting world.

Let me conclude with a couple of suggestions. First, be honest with yourself about sin. Don’t sugarcoat it, don’t pretend that the unkind or unloving or hurtful things you’ve done are merely “problematic,” or that the times that you participate in societal sins like racism or sexism are just “questionable.” Second, don’t beat yourself up or be cruel to yourself about the evil you’ve participated in, because in a world replete with evil this is something we all struggle with. Third, accept that in Jesus Christ, God has shown us a better way, and has made a way for our sin to be forgiven and redeemed. And fourth, look for ways to change the sin in your life, and to behave in ways that are more consistent with the love and self-sacrifice of Christ, because sticking with the patterns of our old life is pretty questionable behaviour.

Dr. Colin Toffelmire is Associate Professor of Old Testament Studies and Chair of the School of Ministry at Ambrose University, currently serving as Theologian in Residence at FAC while on sabbatical. (HPT)