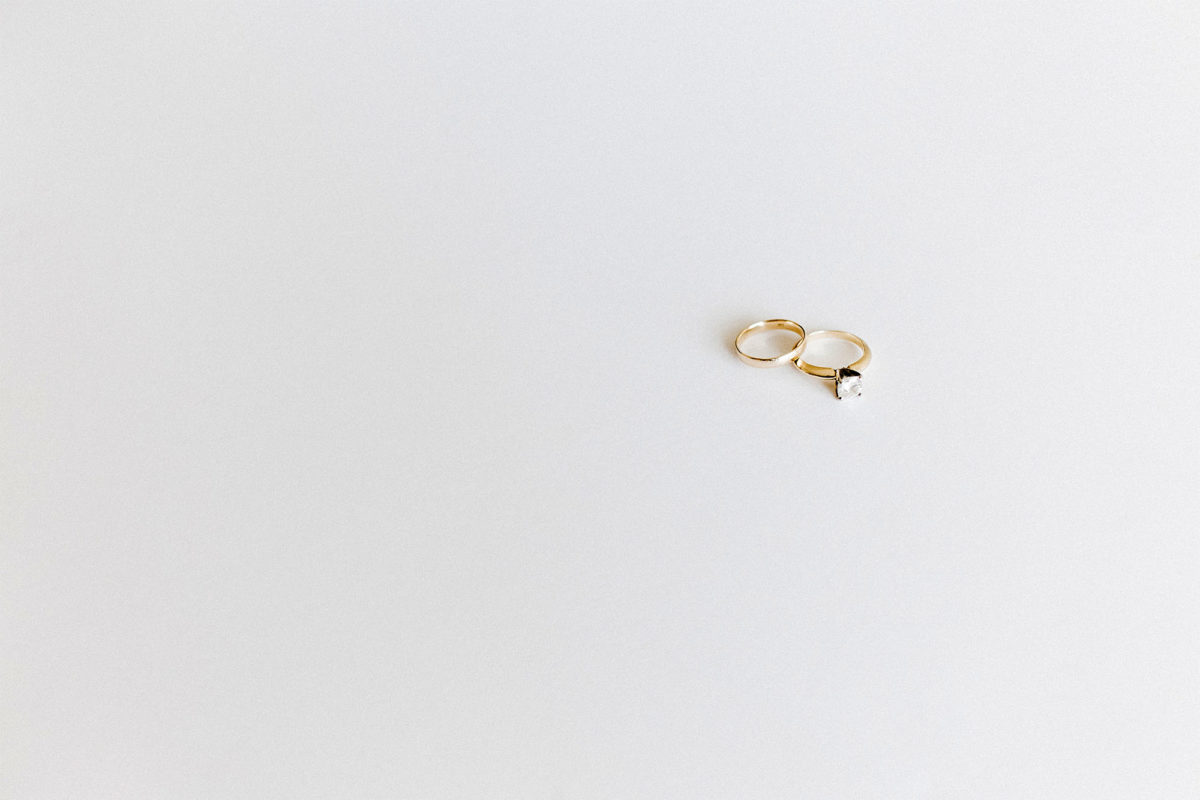 So, what exactly is adultery? Adultery is strictly defined as sexual relations specifically between two persons who are not married to each other, and at least one of whom is married to someone else. So, adultery is a specific form of sexual immorality that directly violates the marriage covenant.

Before I go too deep here, allow me to share where my mind and more specifically my understanding is at with respect to the beginning of marriage. Throughout the Bible, God sets certain things apart, restricts their use; in other words He sanctifies them. You don’t have to get too far into the Bible before you can begin to see the foundation for the sanctity of marriage and sex. In Genesis 2:18-24 (AMP) we read of the first marriage:

Now the Lord God said, “It is not good (beneficial) for the man to be alone; I will make him a helper [one who balances him – a counterpart who is] suitable and complementary for him.” So the Lord God formed out of the ground every animal of the field and every bird of the air, and brought them to Adam to see what he would call them; and whatever the man called a living creature, that was its name. And the man gave names to all the livestock, and to the birds of the air, and to every animal of the field; but for Adam there was not found a helper [that was] suitable (a companion) for him. So the Lord God caused a deep sleep to fall upon Adam; and while he slept, He took one of his ribs and closed up the flesh at that place. And the rib which the Lord God had taken from the man He made (fashioned, formed) into a woman, and He brought her and presented her to the man. Then Adam said, “This is now bone of my bones, and flesh of my flesh; she shall be called Woman, because she was taken out of Man.” For this reason a man shall leave his father and his mother and shall be joined to his wife; and they shall become one flesh.

In chapter one of Genesis God gave life to all His creatures; in chapter two He “brought and presented” a woman to Adam as his wife. God not only created man and woman; He also created the institution of marriage and He joined the first man and the first woman together in marriage. This union involved the husband’s leaving of his parents and cleaving to his wife. The old dependent and submissive relationship of child to parent had to be set aside so this unity of husband and wife could be established (verse 24). God has here joined a man and a woman so they have become a unit. He has also set this unit apart, distinguishing it from the previous parental-child entity. In short, there has been both ‘a leaving and a cleaving,’ a separation and a union. I believe the sexual union of Adam and Eve consummated their marital union, and thus there is implied here a sanctity of both the marriage and the sexual relationship of Adam and Eve. Jesus in the New Testament further amplified this commandment in Matthew 5:27, 28 (AMP):

“You have heard that it was said, ‘You shall not commit adultery’; but I say to you that everyone who [so much as] looks at a woman with lust for her has already committed adultery with her in his heart.”

Dave Willis wrote “… Jesus taught that ‘to look at a woman lustfully is to commit adultery with her in your heart.’ Modern couples have adopted the destructive habit of ‘outsourcing’ the sexual fulfillment in their marriage to outside sources like pornography, romance novels, vibrators, etc. In an attempt to enhance their own sexual gratification, they’re actually sabotaging the sexual intimacy of their marriage. When you replace your spouse with another person (virtually or physically), then you’re pursuing pleasure at the expense of your marriage. All your sexual energies, fantasies, and desires should be focused on your spouse. Monogamy should be both physical and mental.” (Article, 10 Modern Myths about Marriage, May 2, 2016).

God created and designed us as sexual beings with sexual desires that are as deep and unique as our personality. He also created our sexuality to be a way that we are to share the most intimate part of ourselves with only our spouse; we are to be sexually exclusive. Sex finds its fulfillment not only in orgasm, but in the experience of vulnerability and intimacy that we should only experience with the one to whom we are married. When you think about it, sex is the only exclusive area of marriage. After you marry, you still talk with other people, you spend money with other people, you work with others, worship with others, even pray with others, but you don’t have sex with others. Sexual faithfulness is essential to a good marriage.

Not only are we called to be faithful to each other, we are also to fulfill each other’s sexual needs. The Bible, in 1 Corinthians 7:3-5 (AMP) gives clear directives regarding sexual fulfillment in marriage:

The husband must fulfill his [marital] duty to his wife [with good will and kindness], and likewise the wife to her husband. The wife does not have [exclusive] authority over her own body, but the husband shares with her; and likewise, the husband does not have [exclusive] authority over his body, but the wife shares with him. Do not deprive each other [of marital rights] ….

In verse four, we read that husbands and wives do not have authority over their own bodies; instead their spouses have that authority. This is not a license for abuse, but for use.

It means that we are not to use our body as a weapon and should not withhold sex to punish our spouse. If this is your experience, this may be a barometer reading that something is off in our relationship with our spouse. “When something has blocked the flow of energy between you, the stress may first show up in the delicate channels of your sexual response. Rather than work at sex, it’s more productive to work on the problem. The best route may be simple honesty and curiosity … ‘We haven’t made love in weeks. I miss you. What’s going on?’ Patiently get to the bottom of whatever needs to be talked about. When the sexual channel opens, you’ll know that healing has begun.” (Toni Sciarra Poynter)

In a time where the idea of healthy sex gets lost in the fray, it’s important we remember and cherish God’s purpose for sex, and understand what His intentions were when he created physical intimacy. While it’s true God told Adam and Eve to “be fruitful and multiply,” there’s a lot more to it than that.  Just read through the Song of Solomon – “… a book of the Bible dedicated completely to the physical intimacy and pleasure between husband and wife.”

God’s stance on sex in marriage is crystal clear: do it and enjoy, and yet recognize that He also made it for more than physical pleasure. Dr. Les Parrott wrote about it this way: “… intimacy is a gift that goes far beyond the feel-good sensations of a sexual encounter. I believe God designed it as another way to keeps us bound closely together, bring us comfort, nurture peace and security in our marriages. Sex is a way to romance one another, play together, or share a quiet moment. Far beyond physical connection, making love creates and maintains a bond for husbands and wives that is soul-deep … we forget that sex has this spiritual-like component, looking at it instead like it’s only a biological act or instinct. But when we realign the idea of sex with spirituality and holiness, it sheds a whole new light on intimacy. Why? Because when we think of sex that way, it becomes more about relationship.” (Article, Sex in Marriage: What’s the Purpose?, July 11, 2018).

I want to wrap this up from a quote by Jimmy Evans: “Here’s the truth: sex in marriage is wonderful. God wants us to enjoy it to its fullest. His desire for our bodies is that we are blessed and fulfilled, and this includes physical pleasure and sex. God isn’t so cruel that He would give us a desire and then frustrate it. Marriage was the first institution God created, placing a beautifully naked Adam and Eve in a paradise of pleasure. They were created to enjoy sex within an intimate marital relationship. Sin ruined Eden – not God. Sin caused Adam and Eve to fall from God’s perfect plan. And today, the same deception still causes people to forfeit the beauty and pleasure of sexual fulfillment in marriage. Don’t let that deception into your relationship with your spouse. God loves you. He wants you to have a sexually exciting and fulfilling life. But He wants that fulfillment to take place according to His design: within a committed marriage.” (Article, God Created Sex, July 5, 2018).

Do you and your spouse speak openly about sex as a spiritual experience? … If not, why not? Teresa and I would love to hear from you. Find our contact information here. 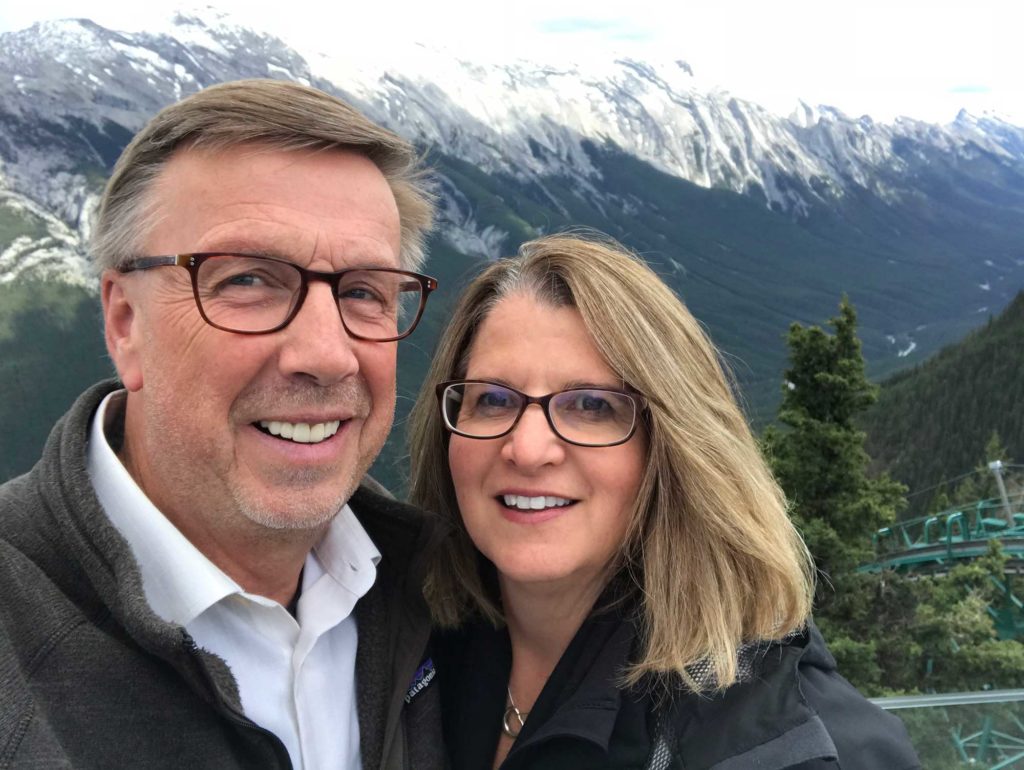