Listening to our Elders: Part 3

When God Calls, He Provides …

We continue our theme of “Listening To Our Elders” with Craig, our Global Impact Pastor with an incredible history of living a life sold out for God in remote reaches around the globe. In this series, we’re taking the time to sit down and listen to powerful men and women of God, people in our church life who have years of wisdom and experience in serving God.

If there’s one thing that I’ve personally learned as I sit down with these Godly people, it’s that there is too much to write about, too much wisdom to glean, too many experiences to document, too much to put down to paper for just one article. Entire seasons of life get passed by in a couple sentences. God’s miracles are not fully explored with just a paragraph or two. We pass by a decade of service with a brief mention in a bio. I’ve learned that when I sit down with the elders of this church, I have to restrain myself from pulling at all the loose threads in our conversations. I could take our talk in one of a thousand different directions, and down each path find a new expression of God’s love, God’s mercy, and God’s work in this world.

This is what it’s like to talk with Pastor Craig. He’s led a rich and full life, serving with his wife Mora in three fields across the globe as International Workers in Argentina, Ecuador, and another creative access region. In talking with him, I wanted to stop many times. I want to ask about life in North Africa, or what it was like being in Argentina during the Falklands War, or saying yes to God to go anywhere in the world. As I share our conversation with you, watch for the big themes of remaining sensitive to God’s call, listening to His voice, and responding to wherever and whenever He calls you.

Jeremy: How did you meet your wife?

Craig: Mora and I met in 1969 at Canadian Bible College in Regina (now Ambrose University). We didn’t start dating until the end of the third year at CBC because of the strict rules at that time about fraternizing with the opposite sex. We worked together leading the Missionary Executive, a student-led organization that we were both a part of. We had both separately submitted our individual candidacies for missions with the The Christian and Missionary Alliance in Canada when we started dating. We married soon after in 1971, and this September will mark our 47th year of marriage.

How did you know God was calling you into missions?

That’s an interesting story. I grew up in America and graduated high school at the height of the Vietnam War. A lot of young guys that I knew were getting drafted into the war, so I suspected it was a matter of time for me. I preferred the Navy over the Army so I enrolled with the Naval Recruiting Station, went through the physical, and got approved to be sent out when my draft letter arrived. They told me to simply wait for my letter and report to the naval office when the time came. My plan at the time was to have a career in the Navy. I would spend 20 years there, retire from the military at 38, and start a new career.

At the church I was attending, my youth pastor, who had also served in the military, advised that it would be wise to have a year of Bible School under my belt before I served in the Navy. He asked if it would really make a difference to my life if I retired from the military at 39 rather than 38.

I decided to make a “fleece” for God to see if that’s where He wanted me (see the story of Gideon in Judges 6:33-40). I thought the best fleece would be to choose a Bible college in Canada, where many young guys were draft-dodging. If God really wanted me, He would have to get me over the border. It was cheaper for me over in Canada as well, which was a plus at the time. I applied to defer my deployment for one year so I could attend CBC. I got approved immediately and actually assigned in a class that prevented me from being drafted. Someone in the draft office was looking out for me. So I went off to Bible college.

After my first year at CBC, I got a letter from the Navy telling me to go back for another year. So I did. After my second year, I got another letter telling me to go back again. So I did. That third year was when I was involved with the Missionary Executive and spent time with a missionary in residence from Vietnam. It was then that God got a hold of my heart. I submitted my candidacy, started dating Mora, and knew God was calling me overseas. Funny enough, I never heard from the Navy again. It was like God kept them on my tail until He reorganised my priorities and then they simply forgot about me.

How did you maintain a healthy marriage during your ministry? 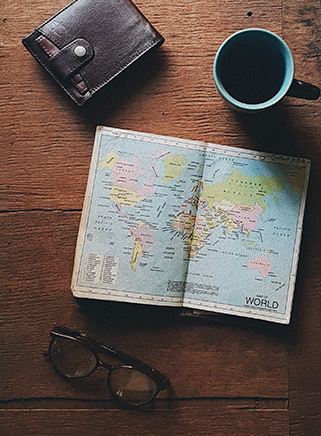 Good question. I’ll give you a roundabout answer but I think it will make sense. It was on our honeymoon that Mora and I started talking about tithing. It wasn’t a painful conversation to have because we were making no money. Ten percent of nothing is still nothing.

We were considering a move down to Chicago for grad school. It was way more money than we had to make the move, and we wanted to discern if this was God’s plan for our lives. We determined that we would double-tithe, giving the first 20% of whatever came in. That way, if God didn’t come through, we would know it wasn’t God’s call and that it was a stupid move. It was another “fleece” to see if God truly was calling us into missions. And God came through in surprising and unexpected ways. We got cash gifts, free rent, and unexpected job opportunities. It was incredible and miraculous to see God’s hand at work in our lives.

That time of double-tithing taught us several things. It taught us to rely on God’s provision and also to be sensitive to what God was calling us to do. I would say that our decision early on in our marriage to rely on God drew us together. More than anything, it created an exciting anticipation for what God was going to do next in our lives.

If you could talk from one text from the Bible, what would it be?

I have a verse that’s been special to me for some time now:

“May the God of hope fill you with all joy and peace as you trust in Him, so that you may overflow with hope by the power of the Holy Spirit.” (Romans 15:13)

I share that with teams that are heading overseas for the first time. It’s really become my theme, especially after working in North Africa. I found that the people there would hold on to any glimmer of hope. They would willingly give their lives for any hope they found. When I tell them about God’s hope, it’s exactly what they’ve been waiting for.

Pastor Craig’s life is one filled with hope, trust, and miraculous provision. I feel like the longer I could speak with him, the more of God’s provision and calling on his life I could uncover. My prayer is that you learn from Pastor Craig to follow God’s leading wherever it may take you, and trust that He has a provision and a plan in store for you along the way.

Missed the rest of the “Listening to our Elders” series? Find them here.