How to Get to Know Your Neighbours 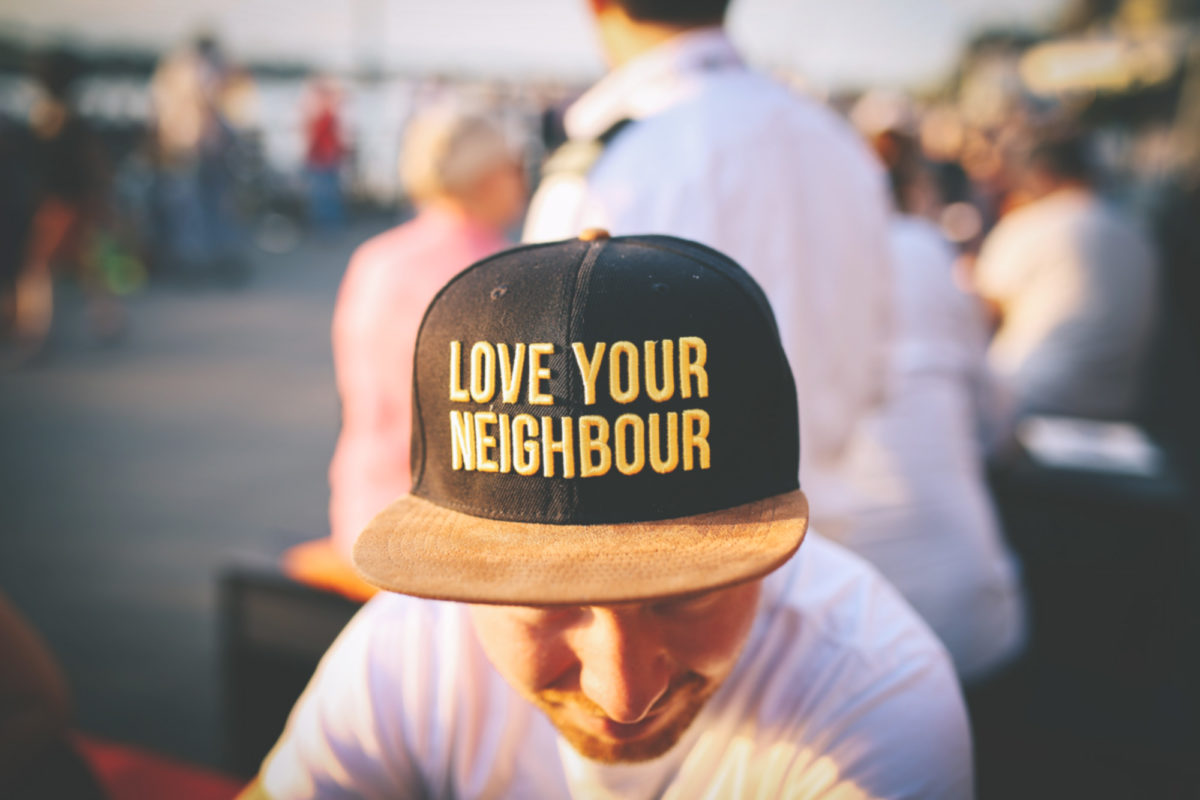 What is it about good food and conversation that brings neighbours together? Why do we want to connect with those around us? Ever wonder why did God places us where He does?

I’ve always been passionate for reaching people wherever God places me.  When I was a kid, I used to invite my friends over for sleepovers on Saturday night, surprising them by “playing church” the next morning. I would sit them down in their ‘pews,’  (the chairs from my craft table) in my basement, and then I would preach the sermon, and give them candy if they remembered a bible verse from last time. Thinking back, I’m amazed I had any friends …

As the years went by, I continued to believe that God had created my heart to serve my local community. Maybe it wasn’t “playing church” on a Sunday morning with unsuspecting friends, but there were other ways I felt God was using my location strategically.

When Mark and I were looking for our first house, the thing we most prayed for was that God would put us in a community where He could use us.  Little did we know, our future neighbours were praying for the same thing. Two months after we moved in, our new neighbours informed us that they were moving out, and that a young couple had bought the house. Following that news, my eyes became glued to the front window, watching for our new neighbours. You can imagine my surprise when my friend (Mariah) and her husband (Joseph) parked in front of our house and went into the house next door. I couldn’t believe it. They couldn’t possibly have bought the house next door, could they? Turns out, they did! They moved in shortly thereafter, and we became even closer friends. This was a “coincidence” we couldn’t afford to ignore … why would God place two Christian families, who already knew each other, next door and on the same street?

As each of us began to think and pray about this “coincidence,” we began thinking of how we could be intentional about connecting with the others on our street. Joseph had the idea of creating and distributing flyers to everyone, encouraging them to join a Facebook group for our street. Once the Facebook group created, we began to think about how we could actually get to know our neighbours. Canada Day was quickly approaching, so we decided to host a Canada Day BBQ together! It turned out to be a huge success, with about 20 people coming, and countless stories being exchanged. The party went from a lunch BBQ to a dinner campfire. Conversations were had around a campfire and it was so cool to begin to get to know our neighbours, even just a bit better. 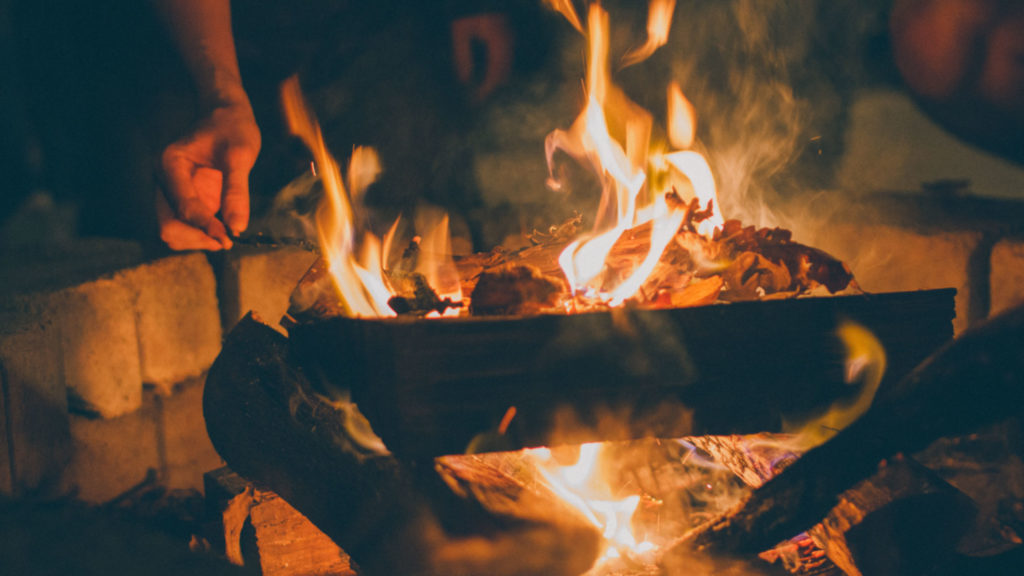 The rest of the summer went by, and we decided it was time to get the community together again, but this time, maybe with something a little warmer. My mum had told me about a book called, “Soup Night,” by Maggie Stuckey. The idea is to make a big pot of soup, invite your neighbours to come over with their own bowl and spoon, and everyone enjoys some soup together.  We thought this was a great idea, so we threw the invitation out on our Facebook group, made a HUGE pot of hamburger soup, bought 50 buns, checked that the house was presentable, and waited for people to arrive. 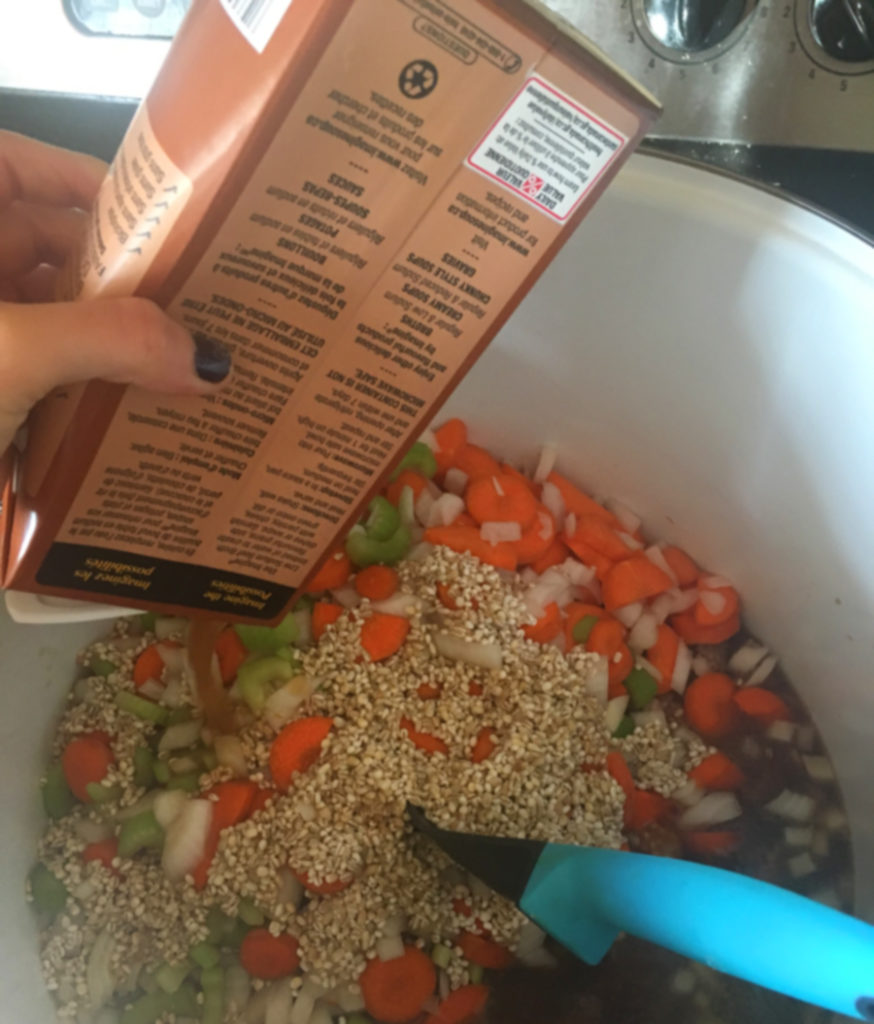 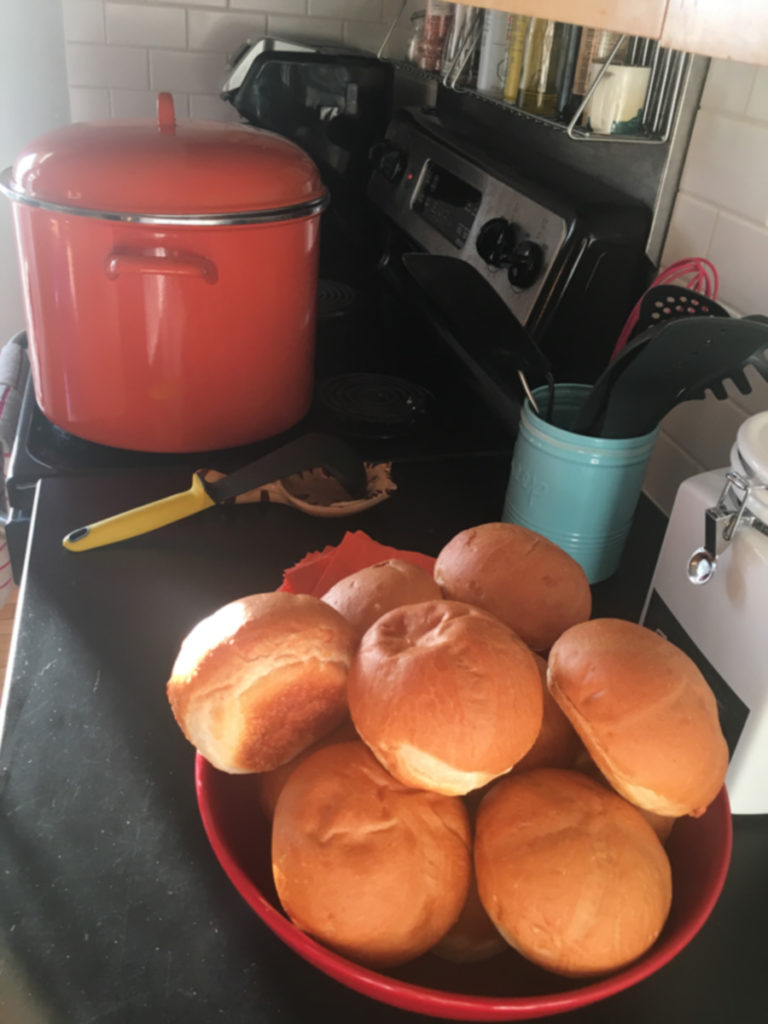 The doorbell rang, and it was a family from down the street standing there with bowls and spoons in hand, ready to enjoy some soup! So we did just that, and waited for the doorbell to continue ringing with more guests, bowls in hand.

We had one family join us, and we had enough soup for about 30 families. To be honest, my first reaction was disappointment that more people didn’t show up. We had had such a great turnout at our summer BBQ; I was sure it was going to be the same thing for soup night. I started to take it a bit personally. Did I say or do something the first time that made people not want to come again?  Thankfully, with the help of my wise husband, I was quickly reminded that the family who did show up is SO precious and valuable to God, and having just them show up was exactly what was supposed to happen. We had a chance to actually get to know this family on a personal level. We enjoyed soup together, played some games, and shared a great evening. 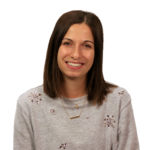 Sometimes it’s easy to think we know what sharing Jesus in our community is supposed to look like. I got caught up thinking a big turnout meant making a big difference – and yes, sometimes that’s the case –  but sometimes it’s good to be reminded that Jesus doesn’t need us to worry. He just wants us to be present, where we are, building relationships with whoever He brings across our path … whether that’s twenty families, or one. Every one of our neighbours matters to God.