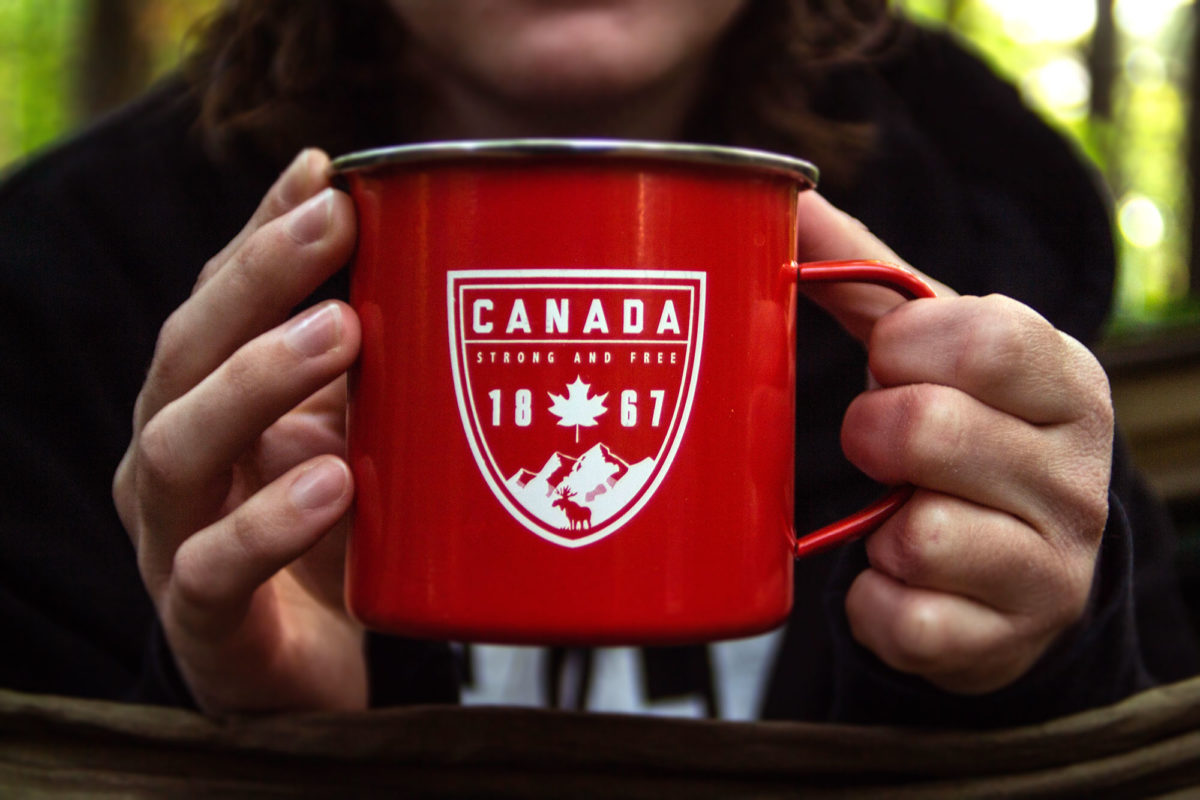 I think that, by and large, I’m a fairly good Canadian citizen. I obey the law (well, maybe some flexing of certain traffic laws from time to time…), I pay my taxes, I vote, and I try to participate in the national culture. That said, if I’m being entirely honest, I’m not sure that I care as much about being a good Canadian citizen as my actions might seem to suggest. I’m not disinterested in this nation, and I do think very fond things about it (and some less than fond things too, I suppose), but truth be told, little if any of my energy goes into being a good Canadian. Most of the time I’m much more interested in being a good Christian.

Paul spends the first 7 verses of Romans 13 speaking exclusively about how Christians should behave toward governing authorities. He’s using the case of the Roman empire, because that’s where and when he lived, but most of it transfers relatively well to the 21st century and many of our varying forms of government. He tells the Roman Christians (and us) to do good, and to follow the commands of those who have been placed in authority over them, because ultimately all authority comes from God. In obeying governing authorities, we are obeying God (verses 1-2). We should pay our taxes, render what is due, keep the necessary customs, and honor those whom the greater culture says we should honor (vv. 6-7). In verse 5 he says that we do all of this for the sake of our conscience, and not only to avoid punishment. This all seems quite reasonable. If one is good and kind, fair and equitable, just and honorable, what has one to fear from the government?

But here’s the thing: it isn’t very hard to make trouble for Paul here. What should I do if the government to whom I am giving allegiance is wicked? Or what should I do if some government agent (e.g., a police officer or tax collector) is corrupt? What if a governing authority demands that I corrupt my conscience in order to live within its laws or customs? As a (white, male) citizen of Canada, I frankly don’t encounter problems like these very often. But, I’m not so naïve as to think that because I don’t encounter these dilemmas that they’re not real. Think of the case of Sandra Bland, a black woman pulled over for a routine traffic stop in 2015, who was then harassed and threatened by the police officer who pulled her over, arrested (unjustly, as later court proceedings would reveal), and in the end died in police custody.[1]

Of course, we could also consider older examples of abuse by governing authorities. Consider the example of war. Is it necessary or reasonable for a Christian to enlist in a war effort that is unjust in order to maintain allegiance to the governing authorities (think, for instance, of the responsibility of German Christians in WWII)? What of the case of William Tyndale? The English Protestant is famous for his work to produce an English translation of the Scriptures, for his defiant condemnation of Henry VIII of England (mostly over Henry’s annulment of his marriage to Catherine of Aragon), and for his denunciation of the Pope and the Roman Catholic Church. The former required that he flee England for fear of arrest, and the latter led to his death under the charge of heresy. Were these governing authorities (civil and religious) just, and right? It is hard to imagine how one might make that case.

In fact, perhaps we should just leap all the way back to the life of Paul. While Paul gives this strong encouragement to follow the governing authorities here in Romans, Paul himself was arrested quite frequently for defying various laws and authorities. He was accused of blasphemy but did not stop preaching (Acts 13), was threatened with arrest but fled instead of submitting (Acts 14), he regularly defied civic rulers of various kinds who told him to stop preaching his message, and was, in the end, arrested by the Roman empire (Acts 21-28) and as far as we know from church tradition, put to death by the government. These are not actions – or consequences – in keeping with a person who followed the rules and commands of governing authorities at all times.

What, then, are we to do with this seeming conflict? Thankfully, Paul actually provides us with some clarity in Romans 13 itself. Beginning in verse 8, Paul offers a whole set of clarifying statements about obeying authorities, all of which are really summed up in that one verse:

“Owe nothing to anyone except to love one another; for the one who loves their neighbor has fulfilled the law.”

This is a fascinating statement when compared to verses 1-7. Anybody who appropriately loves their neighbor has fulfilled the law, and owes nothing else. “Love does no wrong to a neighbor,” Paul continues, “therefore love is the fulfillment of the law” (Romans 13:10). Paul concludes the chapter by telling the Romans to “put on the Lord Jesus Christ, and make no provision for the flesh in regard to its lusts” (Romans 13:14). In short, Paul locates the true and non-negotiable authority for life with Christ, and makes very clear to us that what this looks like in practical terms, is that we love and serve those around us.

What follows logically is that if those core Christian values (love of Christ, love of neighbor) come into conflict with any of the values of our culture, or even our governments, that our allegiance is to the Kingdom of God, and not to whatever nation or state we happen to live in.[2] In other words, Romans 13:8-14 functions as a kind of caveat or clarification of Romans 13:1-7. We are, indeed, to follow the commands or laws of the governing authorities where we live, so long as those commands or laws don’t conflict with the commands of our true Lord, Jesus Christ.

All of this is why I think of myself mostly as a good Canadian citizen by coincidence. To the degree that Canadian law supports (or at least doesn’t interfere with) my call to love Christ and love my neighbor, I’m quite happy to follow that law. Because of Canada’s history and the structure of our society, as well as my unearned position of cultural privilege in that society, this mostly causes me few problems. This places us as Christians in a unique situation: we are able to be both supporters and critics of our government and its officials. I can simultaneously say that I support the hard work of peace officers (whether local or federal), and that I think any peace officer who violates her duty by abusing her power should not be obeyed, and should be punished. I can simultaneously take the laws and customs of my land very seriously, and yet also decide to violate those laws with a good conscience if they violate the rule to love Christ and love my neighbor. For example, if a nation were to codify racism or sexism into its laws, it would be the Christian’s duty to violate those laws at every turn (something we have sadly failed to do on a number of occasions in our nation’s history).

Should you be a good citizen? Yes! First, you should be a good citizen of the Kingdom of God, loving your neighbor as you love yourself. Second, to the degree that this is possible, live within the normal laws and customs of the nation you happen to live in. Pay your taxes, obey officers of the law, respect the rights and responsibilities of your neighbors, and even try to obey the traffic laws. Just be sure to remember that however good or bad your earthly kingdom might be, it isn’t your ultimate home, and it doesn’t deserve your ultimate allegiance.

Dr. Colin Toffelmire is Associate Professor of Old Testament Studies and Chair of the School of Ministry at Ambrose University, currently serving as Theologian in Residence at FAC while on sabbatical.

[1] Her death was ruled a suicide, which the family disputed. A full account of the story can be found here: https://www.latimes.com/nation/la-sandra-bland-collection-storygallery.html