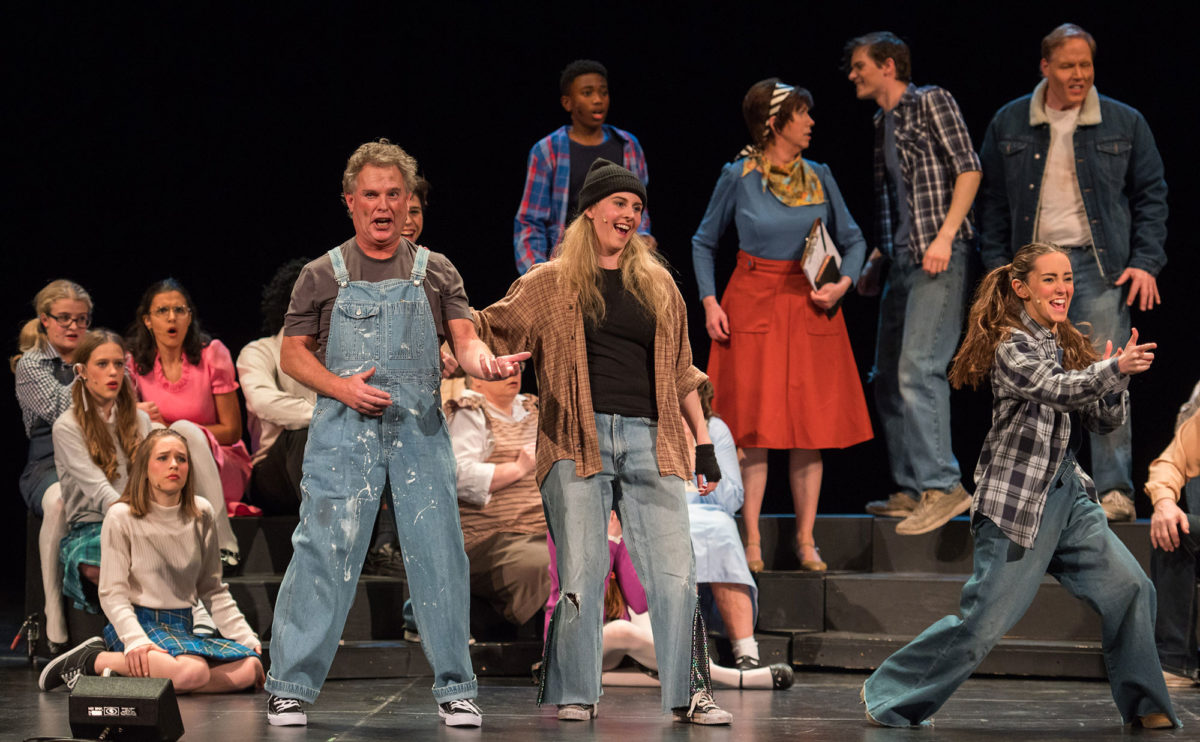 FAC has a long history of followers of Jesus giving of their time and talent toward creative expressions that point people to truth. Almost as long as we’ve been a church, we’ve sung when we gathered together … We’ve had a choir … And we’ve brought stories to life onstage — did you know FAC had a drama group in the 1940s?! (See below, left). 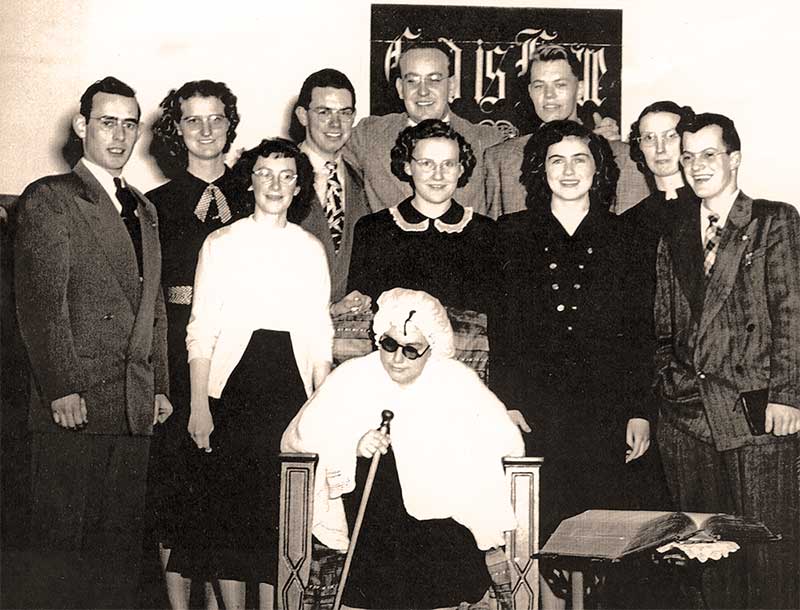 When I was new to FAC in the late 1970s, the seasonal creative rhythm of the church included the cantata … A package of choral music, often accompanied by an orchestra or band and punctuated by vocal solos, threaded together with narrative and poetic readings that gave flow and direction (FAC Christmas choir pictured below). Together, it told a story — it allowed creative people to collaborate on something that turned the minds and hearts of the congregation toward God. It inspired the musicians, the readers … it inspired the listeners. Beautiful music was the primary artistic language of the church. 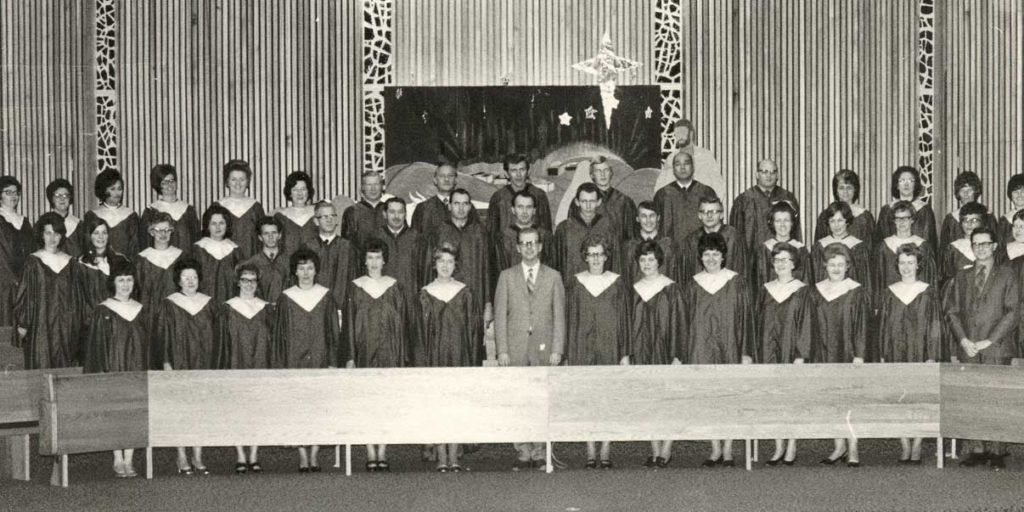 In the 90s the North American church began to broaden its repertoire. After all, we have an amazing, epic, cosmic story to tell … Why wouldn’t we tap into more ways to tell it? It felt radical to move from the cantata to a comedic variety show and then to a full-length Christmas musical production. It challenged our skills and the status quo — and people weren’t sure at first … but soon our little foray into theatre filled the building several times over every December. It became part of the rhythm of FAC. Our creative ranks grew, and over the years we’ve told some really lovely stories. And in the process of broadening our creative repertoire, we’d also broadened who we thought of as our audience … We’d moved from entertaining and inspiring the church congregation to sharing a gift of story with friends and neighbours who didn’t really do church — who weren’t even sure what they thought about God — but who enjoyed a good story brought to life really well  by talented actors, musicians, and production team.

Since then we’ve added a Spring Dinner Theatre production to the rhythm of our year. Several times we’ve hosted a Valentine’s dessert night with live musical entertainment by our own talented volunteers. We’ve transformed our building into a Christmas wonderland for a family Christmas fair filled with crafts and treats and music and sing-alongs and mini-shows. Imagine the energy and creativity and time spent by staff and volunteers, building and decorating and memorizing — and then cleaning up the campus after each carefully-planned event is all over! Frankly, it’s a lot of work by a lot of people!

And you could talk to anyone who pours hours of their time into any creative endeavour, and they’d likely tell you that it feeds their soul — it makes them more of who they’re designed to be. And it’s fun! There are lots of opportunities to be creative in Calgary — theatre groups, choirs, civic bands and orchestras, paint nights … So what’s unique about what we do at FAC? What drives us to do theatre creatively and well? What directs the choices we make about what stories we want to tell?

The Why Behind It All …

It really all comes down to the reason we exist as a church. FAC exists to build lives that honour God … all for Jesus. Our arts, our theatre, our 2018 Family Christmas Production exist for the same reason. Our onstage stories will probably never tell you everything we believe about who God is, or even what it means to begin a relationship with Him, and many don’t even raise spiritual questions … But we choose to tell stories that inspire, that bring joy, that make you laugh or touch your heart … And we want those stories to be the framework for an event that allows friends and families to build into their relationships.  We want everyone who comes to see a show to find FAC a welcoming place to be. We want guests to enjoy themselves, and to leave wanting to come back sometime. We hope guests know after being in our building that if they ever have questions about why we do what we do, if they want to know more about who God is, this is a safe community to come back to.  Christmas is a great time to do all of that. 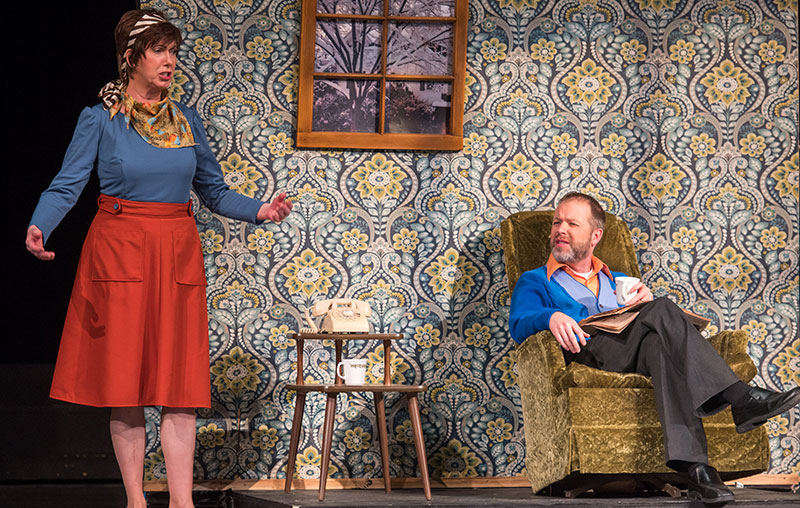 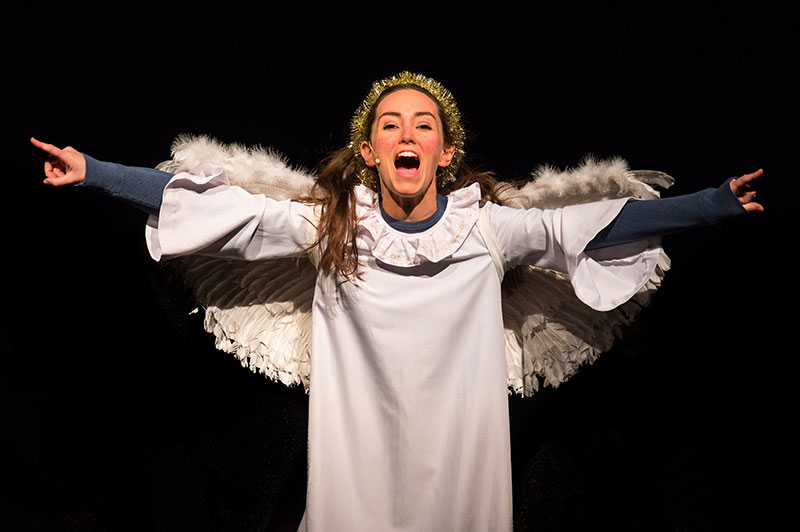 This Christmas we’ve chosen to tell a story that is as much fun for kids as it is for adults – “The Best Christmas Pageant Ever” by Barbara Robinson (December 7-9, 2018) . It’ll make you laugh, and it’ll tug on your heart. And it’ll make you think about Christmas in a fresh new way. Kids 12 and under get a free treat after the show, and the Cornerstone Cafe onsite is open if you want to purchase a coffee or a latte or a treat to enjoy together before you leave.

We don’t take lightly the chance to be part of people’s Christmas season — we want this to be the best Christmas event ever! We’ve had so much fun getting ready for this weekend, and we’re so excited to share the story with our guests! Join us!