A Faith That Holds Me Through Cancer 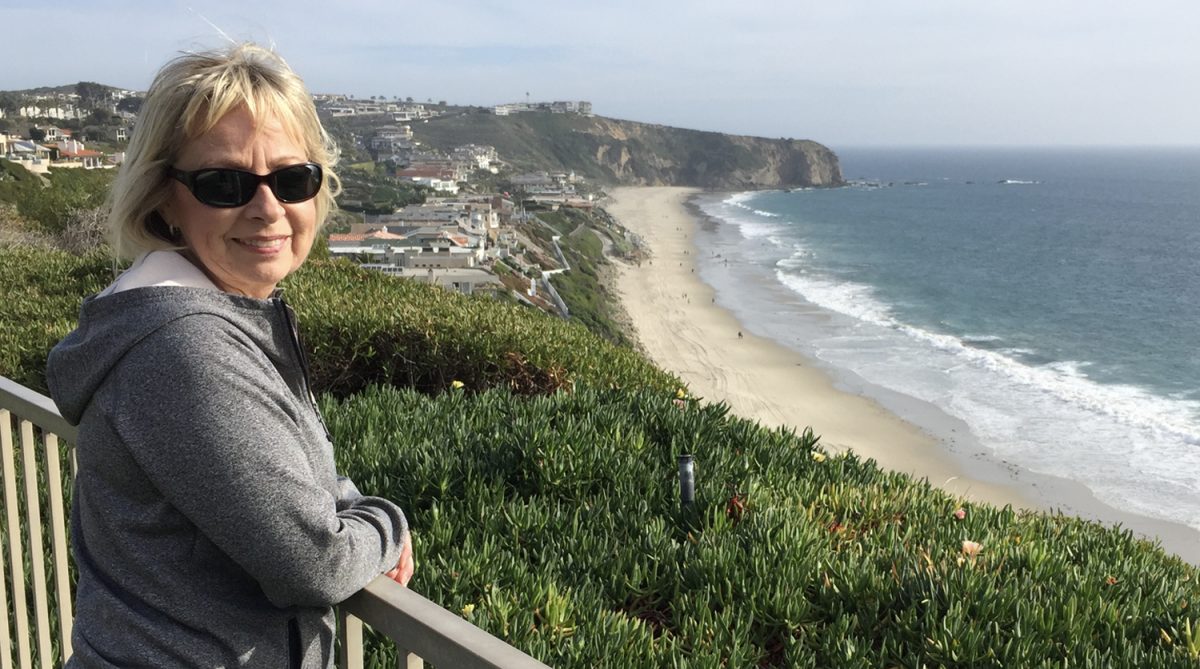 We’ve all had nightmares and been relieved to wake up and realize it was just that – a nightmare. When I would hear of someone being diagnosed with cancer, I would always think, “What if that was me? That would be a nightmare.”

Well, my worst nightmare began to unfold in February, 2020. It was the day before we were to go on vacation to California to stay with friends for a week. I got to work and felt very tired and thought, “I really do need a vacation.” I wasn’t at work very long when I noticed I had what felt like a bruise on my left lower rib. Now, I’ve been known to run into things and I thought, “What did I do now? Did I break a rib?” As the day progressed the bruise felt worse. But since I was going on vacation I tried to ignore it and thought it would just go away.

We left the next day. We had to change planes in Vancouver and when I stood up the pain cut my breath. It was excruciating, but we had another flight we needed to run to, so off we went. When we got to California I tried to be brave and suck it up, but by the next day I had to confess I was not feeling well and needed pain killers. So, off we went to the urgent care. There the doctor took an x-ray of my rib. He came back and told me the rib looked fine, but my right lung had something going on and said I needed a CT scan right away. I politely thanked him and told him I would deal with it once I got back home. He showed us the x-ray and even I will admit, it did not look good. Thankfully the pain subsided for the rest of my vacation and I was able to have a good time. But I could not stop thinking about the x-ray I saw and I began to wonder if I had lung cancer. 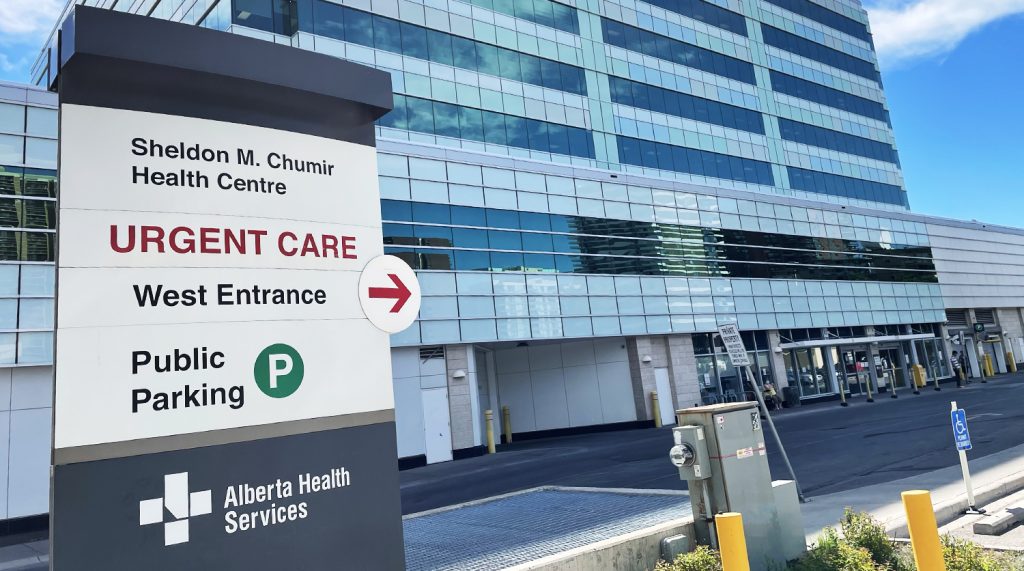 We got home on a Friday night and on Sunday, March 8, at my mother’s prompting, I went to a clinic to see a doctor and find out what was going on. The doctor took another x-ray and it didn’t take long for her to return and deliver the shocking news. I always thought if someone said I had cancer I probably wouldn’t hear another word – and that’s exactly what happened. She came in telling me things did not look good for me and she hoped they could rule out lung cancer, but it looked malignant. Even though I’d wondered if I had lung cancer, hearing that it was now a real possibility was shocking and, needless to say, my worst nightmare coming true. I knew I was not waking up from this one. Of course, at the same time this was happening, COVID-19 had now entered the scene; but I fully believe God used this opportunity for me as I was able to get through the medical system very quickly. The doctor had me in for a CT scan a week later and phoned with the results the next day. It was inconclusive. That meant there was a shred of hope. Within 2 days of that result, I was sent to the pulmonary specialist at the South Health Campus. She had grave concerns for me. I had a lymph node that was huge and sitting between my lungs and pressing on my windpipe. She said I would need a biopsy … and the next morning I was back at the hospital having a biopsy. God was definitely looking after me.

It took a week for those results and the doctor had to deliver them over the phone as by now we were in lockdown. We knew the second we heard her voice on the phone that the news was not good. She told me I had lung cancer and that there was no chemo, no radiation, no surgery, and no cure. You can hardly believe what you are hearing; I was too shocked to react. Then she added a “but” – which is always a good thing to hear in a situation like this. She said that there was a drug that worked well with the cancer I have and the success rate was quite good. It was a shred of hope that God was hearing our prayers. He was right beside me. She said I needed to be on the medication now and would get me into the Tom Baker as soon as possible. The very next day I got a call to go to the Holy Cross Centre (which happens to be very close to where I live) to see the oncologist. That was April 2. 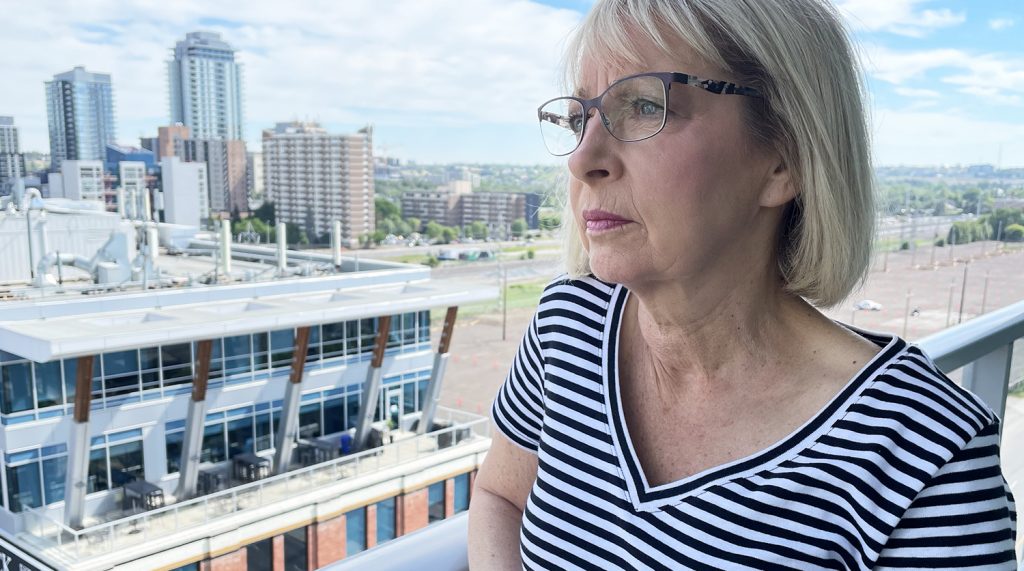 The doctor came in and promptly told me that when she saw what cancer I had she knew exactly what drug I needed and that I would be going home with it and would start my treatment right away. Then I received the rest of the grim news. I had stage 4 lung cancer and the pain in my rib was a tumour. It had spread to the bone. I had 3 infected lymph nodes but they were all in my right lung and had not escaped. The doctor told me lung cancer is the silent killer and that the pain in my rib alerted me that something was wrong. I like to say that God poked me in the rib to get me to go get it checked. There were a few tears, but I was leaning heavy on my Lord and Saviour by this time. I knew that if it was my time that was OK. I was ready to go home to Him if that was His will.

So we went home with the medication and I started taking it right away. A CT scan was booked for 6 weeks later. I tried to keep working during this time, but it became too stressful and I ended up going on medical leave. The meds were hard on me at first, but I had an army of prayer warriors keeping me going. God promised He would never leave me or forsake me and He didn’t. He was right there with me, helping me fight.

On May 19, 2020, I had my CT scan. I had to wait 9 days for the results. Wow – that was not easy. The doctor surprised me and called a day earlier than planned. The news was good. The tumour in my lung had shrunk by over half and it looked like my body was healing itself where the tumour had been in my rib bone. The lymph nodes had also shrunk, and the word the doctor used was “incredibly.” This time there were tears of joy. God had touched me just like I and so many others had prayed. I felt like I was getting my life back. I knew then my journey was not done here on earth.

I had my next scan 6 months later in November, 2020. Again I had to wait 8 days for my results. The waiting is almost agonizing, but the doctor called and said it was good news again! The tumour in my lung had really diminished, a spot they had been watching on my lumbar spine had faded, and they couldn’t see any cancer in my bone. I asked about the lymph nodes and she said they weren’t even on the radar anymore. 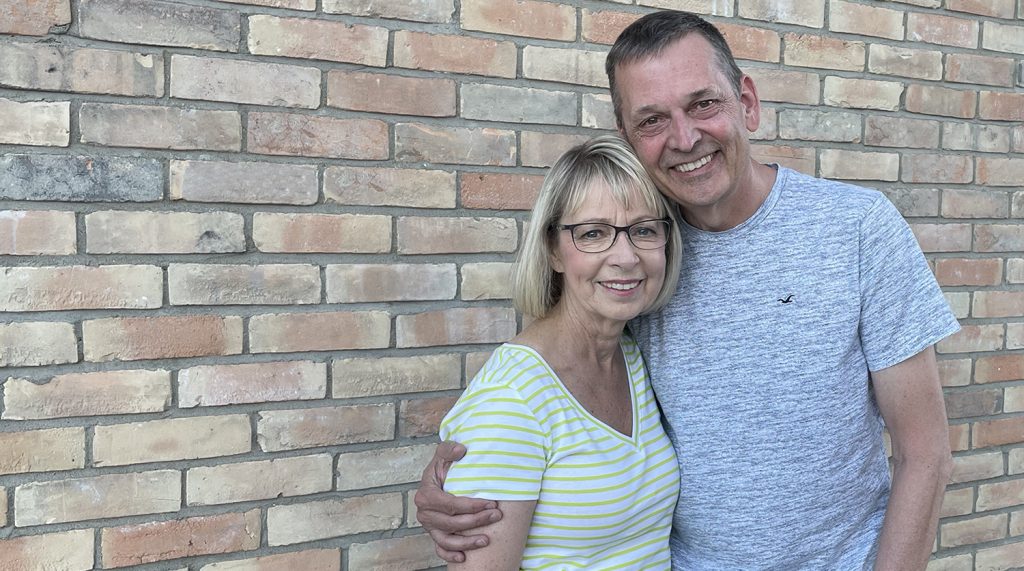 My journey continues. The treatment with the medication continues. I take 8 pills a day and am so grateful for the scientists who work on these drugs and find ways to beat cancer. I know I will likely never be cured, but I have a God who is taking great care of me and will cure me if that is His will.

I have had such great support from my family and friends. They gave me lots of encouragement and kept me focused. I couldn’t do this on my own.

I always thought if I found out I had cancer, I would just give up and die, but I think I even surprised myself. The verse I cling to is Deuteronomy 31:8:

“The Lord Himself goes before you and will be with you; He will never leave you nor forsake you. Do not be afraid, do not be discouraged.”

I’m grateful to be a Christian and have a faith that holds me together. I honestly could not do this if I didn’t have Christ in my life.

Teresa Born attends FAC with her husband, Ken. Have a story that would encourage others? Why not share it?